Home BiH Pojskić: Inhabitants of today’s BiH have the same genes as their ancestors from the Middle Ages

SARAJEVO, April 3 (FENA) – There are no collective genetic differences between recent, today’s, and the population of medieval Bosnia. The change of government, of various empires, did not significantly affect the genetic structure of today’s inhabitants of Bosnia and Herzegovina.

A team of experts from the Institute of Genetic Engineering and Biotechnology, University of Sarajevo, led by professors and scientific advisors Naris Pojskić and Jasmina Čakar, and doctoral candidate Mirela Džehverović, performed a molecular genetic analysis of the recent and the population living in the late 14th and early 15th centuries in this region.

As part of the project “Genetic characteristics of the population of medieval Bosnia” supported by the Ministry of Science, Higher Education and Youth of the Sarajevo Canton, among others, archaeological, anthropological and genetic examination of 150 samples of skeletal remains from excavations of stećak necropolises, of which, 106 samples proved scientifically adequate for further genetic analysis.

“The conclusion is that today’s population does not differ much from the medieval one. In layman’s terms, we can say that ‘they are us, and we are them’. This basically means the genetic structure of today’s Bosnia and Herzegovina population does not differ from the population of medieval Bosnia before the arrival of the Ottomans. There is no genetic difference between us today and our ancestors in medieval Bosnia,” said Pojskić.

The main question they asked themselves was how much we are genetically different today from the population of medieval Bosnia from the period before the Ottoman arrival, neglecting ethnic, religious and cultural characteristics, but taking into account only the geographical parameter, focusing on the area of ​​today’s Bosnia and Herzegovina.

The assumption was, based on previous research of the population in Bosnia and Herzegovina, that there should be no pronounced difference. But the results showed that the difference is even smaller than expected.

“We consider such a result very interesting,” he emphasized.

For the period of the 14th and 15th centuries, according to Pojskić, it was expected that there were certain differences in relation to today’s population in Bosnia and Herzegovina, but the results showed that these collective differences are practically non-existent.

This shows us, said Pojskić, that the genetic variants we have today correspond to the genetic variants of the inhabitants of medieval Bosnia. Whatever happened historically in that period, that influence on today’s genetic structure is not significant. If the impact had been greater, then today’s population would have clearly genetically deviated from that medieval population. There is a clear genetic continuity. The changes of government, various empires and migrations did not significantly affect the genetic structure of today’s inhabitants of Bosnia and Herzegovina.

According to Pojskić, if we talk about the genetic structure of the population of Bosnia and Herzegovina, there were two main dilemmas. The first dilemma was whether ethnic groups in Bosnia and Herzegovina had a clear genetic diversity and what was the origin of our population, and the second was how genetically different we were from the medieval Bosnian population before the arrival of the Ottomans.

“We already have the answers to the first dilemma from our previous and other studies, and that is that there is no clear genetic difference between the three main ethnic groups in Bosnia and Herzegovina, so we can freely state that we are genetically an autochthonous European nation. With the realization of the project, we have solved the second dilemma, and that is that there are no genetic differences between today’s inhabitants of Bosnia and Herzegovina and the population of medieval Bosnia,” explained Pojskić. 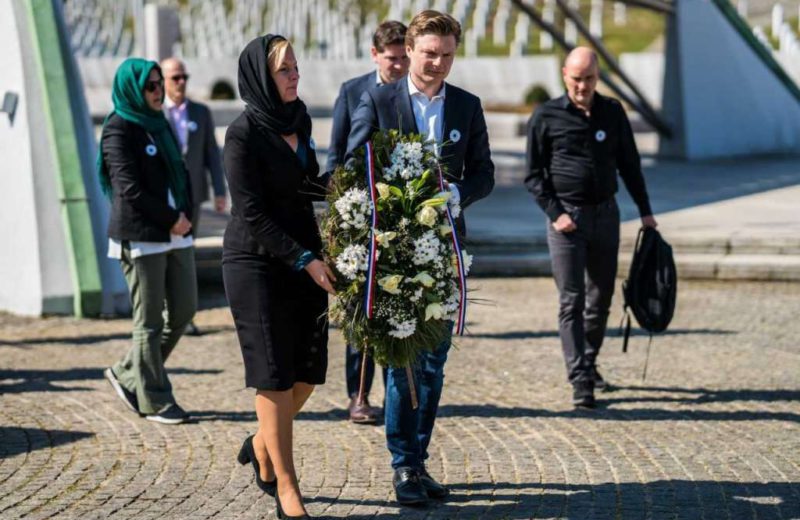