2,100 rifles and pistols destroyed in the Banja Luka Steel Smelter 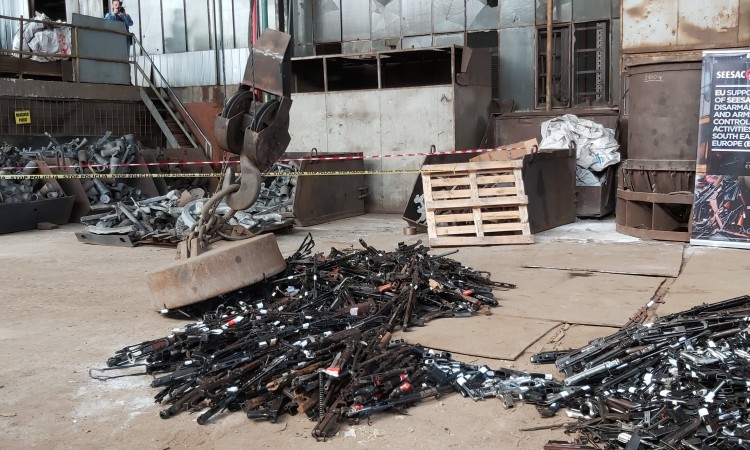 BANJA LUKA, September 8 (FENA) – About 2,100 small arms and light weapons were destroyed on Saturday at the Steel Smelter “Jelsingrad” in Banja Luka.

More than 1,350 rifles and pistols and more than 750 weapons and accessories were destroyed.

Coordinating Committee Chairman Ermin Pešto explained to the press that these were weapons that were mostly seized by police agencies in BiH or voluntarily handed over by citizens.

He emphasized that this is a continuation of efforts to reduce the risk of misuse of small arms and light weapons.

“In the last four years, we have in total destroyed about 18,000 pieces of weapons,” said Pešto, emphasizing that almost all police agencies in BiH have participated in these activities.

“There are a number of activities in BiH taking place recently to combat the illegal arms trade, and one of those activities is the destruction of weapons today,” said Pesto.

Tomislav Ćurić from the Office of the EU Special Representative to BiH said that this activity is very important in the context of BiH citizens’ security and BiH’s accession to the EU.

“Control of weapons and suppression of all forms of crime related to weapons is very high on the EU security agenda and this is clearly emphasized through the recently adopted EU strategy in this area, which points to the problem of illegal weapons in the Western Balkans,” said Ćurić and added that the EU appreciates the efforts of the domestic forces to strengthen the legislative strategic framework and operational work to combat all forms of illicit trafficking and possession of weapons.

Head of the Justice and Security Section at UNDP BiH, Slobodan Tadić, said they have been supporting these activities for years and are working with the EU to implement a directive on arms control in the Balkans.