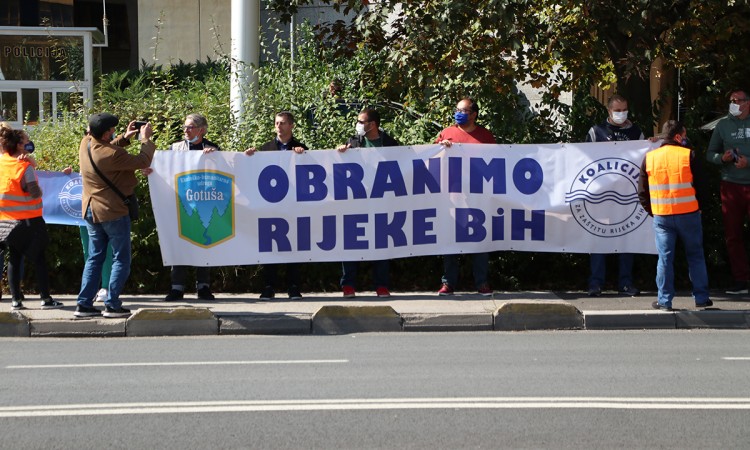 On that occasion, the coalition held a protest in Sarajevo today, when the executive director of the Aarhus Center in BiH, Emina Veljović, assessed that the adopted conclusion represents a kind of political will that the competent institutions intend to seriously address the problem of SHPPs construction.

The Coalition for the Protection of Rivers of BiH is also asking for the urgent abolition of incentives for small hydro power plants, and they point out that many citizens do not know that their money is used to finance the destruction of rivers.

The coordinator of the Coalition for the Protection of Rivers of BiH, Dragana Skenderija, reminded that it was the citizens who rebelled in the last few years and fought for the protection of rivers in our country.