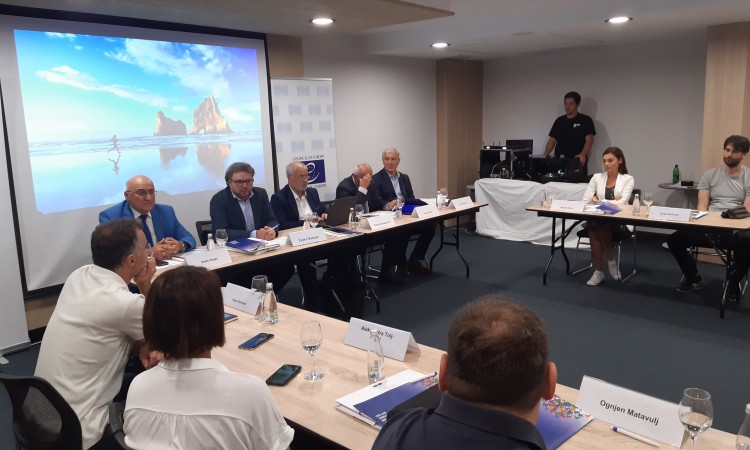 NEUM, 12 September (FENA) – Strengthening the capacities of the media for professional monitoring and reporting on the election process was the topic of a seminar for representatives of the leading media outlets in Bosnia and Herzegovina, held in Neum from 9 to 12 September, organized by the Council Europe (CoE) and in partnership with the Central Election Commission of Bosnia and Herzegovina (CECBiH).

Participants of the meeting realized within the CoE project “Support to Integral and Inclusive Electoral Process in BiH”, had the opportunity to learn about a wide range of issues and various aspects of the electoral process in BiH, including priorities related to electoral reform in accordance with international law, obligations and fundamental democratic principles.

It was pointed out that the reform of the electoral legislation is one of the 14 priorities that Bosnia and Herzegovina, in accordance with the Opinion of the European Commission (EC), is obliged to fulfill before the start of negotiations on membership in the European Union (EU).

As it was said, in the context of current changes in the election legislation, the CECBiH sent to the competent institutions the first version of the initiative to amend the BiH Election Law, the text of which, in the meantime, is in line with the Opinion of the OSCE Office for Democratic Institutions (ODIHR). in a new form to be distributed to relevant addresses.

The mentioned initiative of the CECBiH is on the line of improving the election process and contains quality proposals for overcoming certain weaknesses that burden the current situation, including strengthening the transparency and fairness of the overall election system.

Namely, it is about improving old and introducing new institutes and concepts, including, among other things, early elections and the concept of the premature campaign, the introduction of early voting institutes and solutions that should abolish the practice of misuse of public resources, eliminate hate speech from public discourse, and more specifically sanction other unacceptable phenomena.

Solutions were also offered for a better definition of mandates, compensatory mandates and election financing in case of non-adoption of the budget, and concrete technical improvements of the election process by introducing new technologies in order to put an end to numerous manipulations that have become part of the election process.

At the same time, the CEC initiated mandatory electronic registration for voting outside Bosnia and Herzegovina, with the obligation to submit valid proof of identity and residence outside the country, and proposed electronic registration of political entities for election verification, as well as the obligation to inform the public with objections and appeals in proceedings.

They also discussed the need for more precise use of terms and phrases, characteristics of the election process, and the differences in this regard, which journalists are often not even aware of, and concern the very essence of certain terms and their meaning.

Lecturers within the mentioned topics were the President of the CECBiH Željko Bakalar, as well as members of the Commission: Suad Arnautović, Ahmet Šantić, Vlado Rogić and Jovan Kalaba, who elaborated numerous and interesting questions for media representatives as part of their presentations.

In the introductory part, ODIHR expert Giovanna Maiola addressed the seminar participants via video link, talking about international standards of media coverage of the election process, pointing out the need to ensure a plural environment and conditions for the smooth operation of media workers.

She underlined the principle of freedom of expression, and the need for objective, impartial and balanced reporting, i.e. ensuring equal access to the media for all stakeholders of the election process, with full respect for the ethical codes of the journalistic profession.