Home BiH About 2,250 migrants in the USC, almost a thousand outside the reception camps

About 2,250 migrants in the USC, almost a thousand outside the reception camps 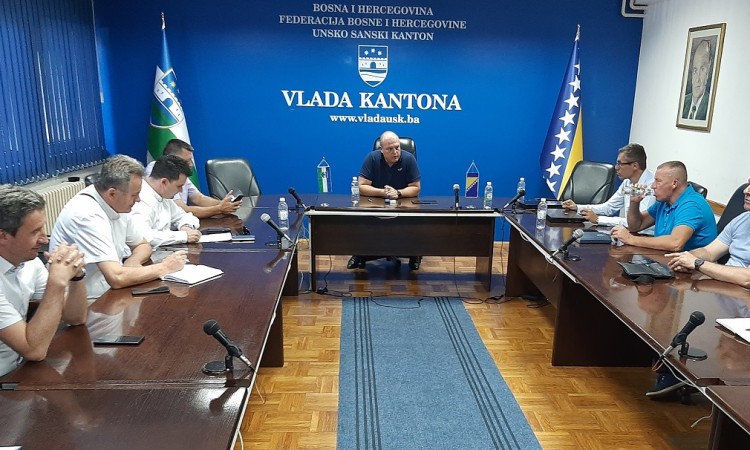 BIHAĆ, July 7 (FENA) – Members of the Operational Task Force for the Situation with Migrants in the Una-Sana Canton (USC) analyzed the current situation at today’s meeting, and once again noted a significant decrease in the number of migrants and refugees in this part of BiH.

“Currently, about 1,250 migrants and refugees are accommodated in three reception camps in the area of ​​our canton. According to our data, almost a thousand more are staying in unregistered camps, i.e. in public areas and abandoned buildings. The reasons for the significant reduction in the number of migrants in the USC are even more difficult circumstances with the crossing of the border with the Republic of Croatia in this area, as well as the more concrete engagement of competent state institutions when it comes to controlling the movement and stay of migrants in BiH,” said the Una-Sana Canton Interior Minister Nermin Kljajić.

He added that in the coming period, an attempt will be made to stop the supply of food to those unregistered camps, in order to place these people in official reception centers.

– We have to do that because as long as food is delivered to such locations, migrants will stay in such improvised camps due to the proximity of the border and the lack of control. Unfortunately, we currently have a dozen such locations in the area of ​​Bihać and Velika Kladuša. We have to put an end to this because of the safety, but also the health and epidemiological situation. With the construction of the center in Lipa, there will be enough space to accommodate all people in official and controlled camps with dignified living conditions,” said Minister Kljajić.

The minister also confirmed that the works on the construction of a migrant settlement at the Lipa site near Bihać are in progress, but the planned deadline for construction will not be met, so migrants will probably move into this center with a capacity of about 1,500 beds, probably not before September.