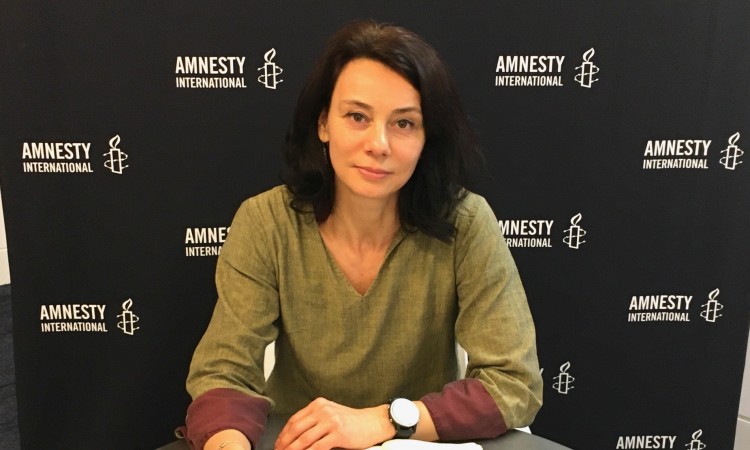 SARAJEVO, September 12 (FENA) – The authorities in BiH must work on systemic and long-term solutions for the accommodation of migrants, this is an issue that concerns the entire country and it is the obligation of all levels of government to work on it, said in an interview with FENA a researcher for the Balkans and the EU at Amnesty International from London, Jelena Sesar.

First and foremost, she stressed, it is important to provide conditional and dignified accommodation and provide emergency humanitarian assistance to those currently outside temporary accommodation centers in order to avoid a humanitarian crisis that would otherwise be inevitable.

“It is unacceptable that the authorities in Republika Srpska still refuse to support the opening of a center for temporary accommodation on their territory. It is necessary for the authorities at all levels to show more solidarity and work on lasting and meaningful solutions because the issue of migration will be with us for a long time to come,” Sesar emphasized.

If the authorities do not provide adequate accommodation and the necessary support for the thousands of people who are currently outside the temporary accommodation centers, Sesar fears that “we will have a very hard winter again”.

Speaking about the progress made in managing the migration process in BiH, she said it was difficult to talk about substantial progress.

She noted, however, that after several years during which, especially the state-level institutions, practically ignored the migrant situation and left the management of migration issues to the International Organization for Migration (IOM), the authorities finally took responsibility.

Today, for the first time since 2018, as she said, the Ministry of Security and the Service for Foreigners are engaged in this matter – they took over the management of temporary accommodation centers and began to provide some support to the authorities in the Una-Sana Canton, where the largest number of people is accommodated.

While it is positive that the authorities have taken part of the responsibility for migration, Amnesty International believes that the situation on the ground has not improved significantly. Namely, as they state, out of about 6,000 people who are currently in BiH, about 2,700 are accommodated in centers for the accommodation of migrants. The rest, the official number is about 1,500 people, but everything indicates that the number is much higher, they live in closed factory halls and abandoned houses and a large number in the forests around Bihać and Velika Kladuša.

If the state does not urgently provide sufficient accommodation capacities, she warned, thousands of people will again welcome the winter outdoors. Given the funds invested in the temporary centers in the past few years, she said, that is hard to justify.

What is additionally worrying, adds Sesar, is the capacity of domestic authorities, especially the BiH Ministry of Security and the Service for Foreigners, to take full responsibility and independently register migrants, identify vulnerable categories and provide humanitarian and other assistance.

Amnesty International is also of the opinion that at the moment the capacities in the existing centers for migrants in the USC, Miral and Borići, are not enough to accommodate everyone who is currently sleeping outside. The camp Lipa, which should open soon, will have a capacity of 1,500 beds, however, due to the distance from the border and urban centers, Lipa is problematic for most migrants.

As Sesar further assesses, the issue of migration in BiH is treated exclusively as a security issue, but it is much more than that. She points to the importance of involving the BiH Ministry of Human Rights and Refugees or the BiH Ombudsman’s Office in the migration management process.

“Their voices are extremely important because the issue of migration has a significant element of protection and assistance, and that is not the job of security agencies, police, or the Ministry of Security. If BiH wants to manage migration effectively and in accordance with the standards of human rights protection to which it has committed itself through many international instruments, then all solutions must include both aspects – security, but also human rights,” she stressed.

When it comes to the asylum system in BiH, she is of the opinion that this system is currently not able to respond to the needs of even a small number of applicants who truly want to stay. The asylum system is relatively good on paper, but in terms of the law and in practice, there are significant problems.

“The most important thing at this moment is that the authorities in BiH provide the necessary support to all citizens of Afghanistan, regardless of how they entered the country. This includes effective access to the asylum system, adequate conditions for temporary accommodation and suspension of the so-called voluntary returns for Afghan nationals. In addition, states should speed up the process of reviewing existing and new requests for international protection, as well as reviewing rejected cases if those persons are still on the territory of the state,” Sesar emphasized.

Also, given the current situation in Afghanistan and the high risk of persecution, Amnesty considers all women and girls prima facie refugees, who need to be granted the status.