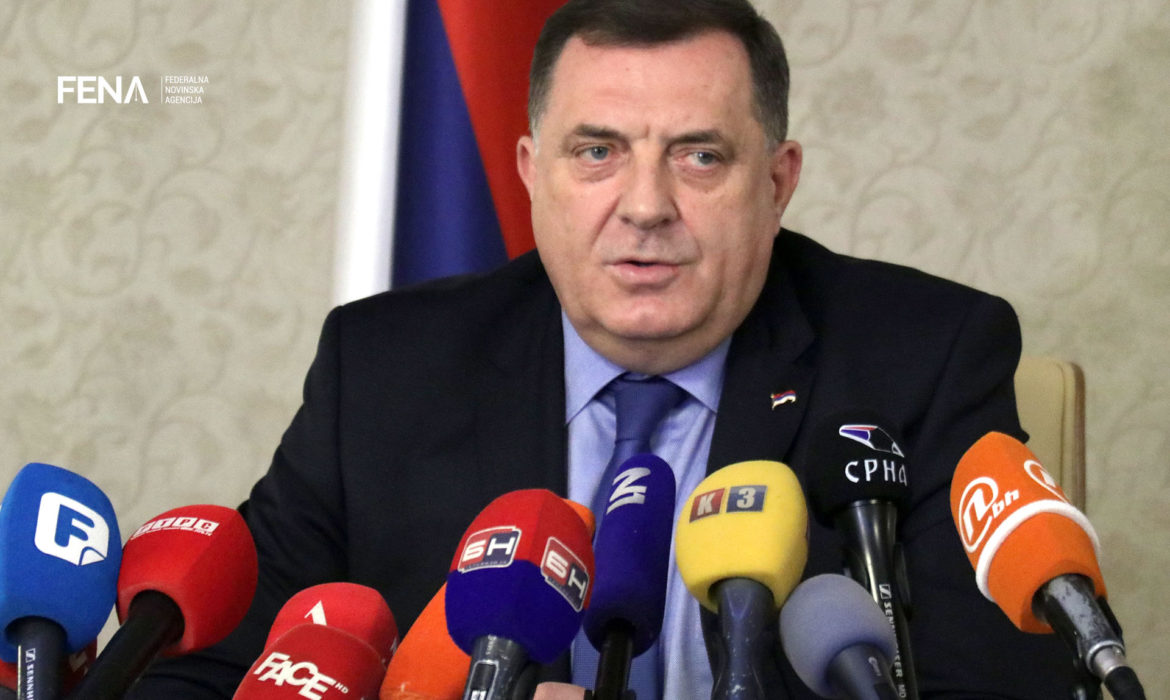 BANJA LUKA, July 28 (FENA) – A special session of the National Assembly of the entity of Republika Srpska at the request of the BiH Presidency member Milorad Dodik will be held tomorrow in Banja Luka, the parliament’s collegium has decided today.

Last week, Dodik declared three decisions of the Presidency of BiH, adopted without consensus at the 14th regular session of the Presidency held on July 22, very harmful to the vital interest of the entity of RS and called on members of the National Assembly to hold a parliamentary session within ten days at the latest.

In a statement to RS Radio, Dodik said he expected the Assembly to support his request and “to confirm the policy of defending the interests of the Republika Srpska in terms of preventing outvoting, especially on issues important for the status of that BiH entity in accordance with the Constitution.”

Member of the Presidency of Bosnia and Herzegovina Milorad Dodik sent to the National Assembly of the Republika Srpska (RSNA) statements of two other members of the Presidency for which he initiated the institute of the protection of vital entity interest, Dodik’s office announced.

As it was announced, the request was initiated due to the statement on the adoption of the Decision on approving the conclusion of the Agreement on the accession of BiH to the international research on Progress in International Reading Literacy Study (PIRLS) in 2021.