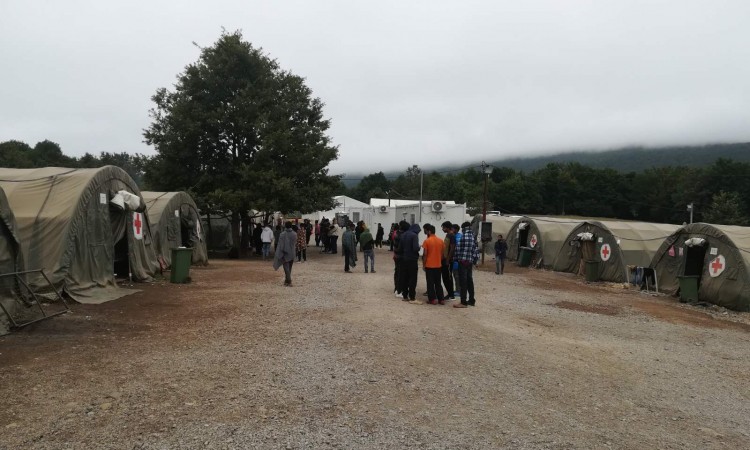 BIHAĆ, September 14 (FENA) – About 1,500 people are accommodated in the reception centers Lipa, Borići and Miral, but the number of users of these centers changes almost every day, confirmed the spokesman of the Una-Sana Canton Police (USC), Adnan Beganović.

“At the centers of Lipa and Borići in the area of ​​Bihać, 1,000 to 1,200 people were taken care of, depending on the day. There are about 500 migrants in Velika Kladuša Miral, but considering their constant movements and numerous attempts to cross the border with the European Union, those numbers change almost every day and it is impossible to have precise data all the time,” Beganović told FENA.

According to unofficial data, there are about 1,000 more migrants and refugees outside the official camps, i.e. in public areas, abandoned facilities and private accommodation in the USC.

“Continuously in cooperation with the Service for Foreigners Affairs of BiH, we are working on relocating these people to official centers, or I can freely say, providing dignified living conditions and space for all these people. We will be even more active on this issue immediately after the completion of the migrant settlement at the Lipa site, and we hope that it will be soon. However, I can certainly say that this year we had a smaller influx of migrants and more efficient cooperation with the competent state institutions, which resulted in a more favorable security and humanitarian situation,” the Minister of Internal Affairs of the Una-Sana Canton Nermin Kljajić told FENA.

The completion of the migrant settlement on the site of Lipa and the accommodation of the first users of the services of the newly built center is expected in the foreseeable future, before the worsening weather conditions.

“Most of the works are progressing according to plan, but we also have certain infrastructural problems that have slowed us down. Here, first of all, I mean solving the problem of constant supply of electricity and drinking water. However, I believe that we will eliminate all problems until the weather worsens and soon move in the first users of the services of the new center with an accommodation capacity of 1,500 people,” said the director of the Service for Foreigners Affairs of BiH Slobodan Ujić.

It was also emphasized that in all three reception centers, special attention is focused on the health care of cared for people, so that the health and epidemiological situation is at an enviable level.

The first part of the process of voluntary vaccination against COVID-19 was carried out, so 270 people were vaccinated in the temporary tent settlement Lipa alone.