Around seven thousand migrants are currently residing in Una-Sana Canton 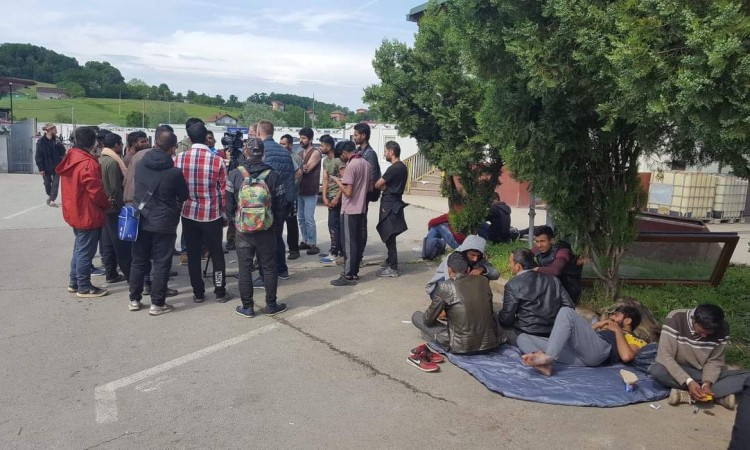 BIHAĆ, June 30 (FENA) – The police of the Una-Sana Canton (USC) have reported 15,500 illegal migrants this year alone, while according to the latest estimates, about 7,000 are currently residing in this part of Bosnia and Herzegovina.

„According to the International Organization for Migration (IOM), about 3,000 people currently use the services of local reception camps, while according to our information from the field, about 4,000 more migrants are on the streets, in abandoned buildings, or in transit through the canton. About 100 illegal migrants arrive in the territory of the USC every day, so now we have a rather problematic situation at the entrances in Bosanska Krupa, i.e. Ključ,“ said the spokesman of the USC Police, Ale Šiljdedić.

Today, the officers from the Police Station in Bihać were forced to intervene in the immediate vicinity of the Reception Center “Borići”, considering that about fifty migrants formed a tent settlement there on their own initiative.

„About thirty people were immediately transferred to the reception camp at the Lipa site, while five families with children were placed in the ‘Borići’ center. The illegal tent settlement was immediately disbanded, and everything passed without incident or problematic behavior,“ added Šiljdedić.

The Ministry of Internal Affairs of the Una-Sana Canton confirmed that the security situation is still under control, but also that assistance has been requested, i.e. coordination of activities with the Ministry of Security of BiH and other police agencies.