Home BiH Bevanda: We need additional 22 million KM to increase the base for the salaries

Bevanda: We need additional 22 million KM to increase the base for the salaries 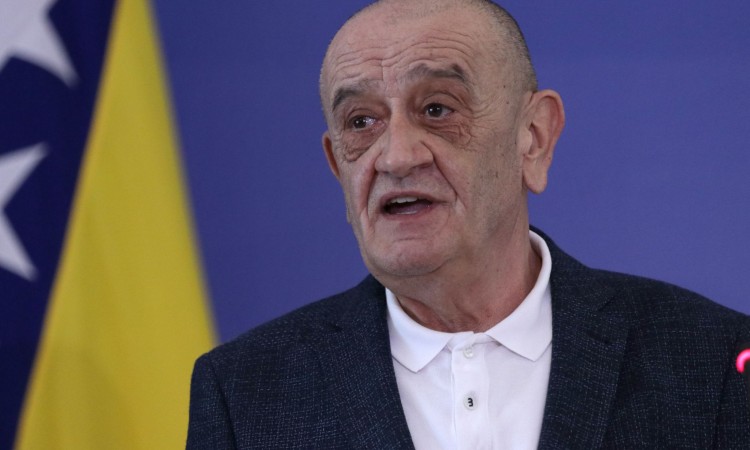 SARAJEVO, February 18 (FENA) – At today’s session, the Council of Ministers of Bosnia and Herzegovina adopted the Draft Law on the Budget of Institutions and International Obligations of BiH for 2021, proposed by the Ministry of Finance and Treasury of BiH.

The Minister of Finance and Treasury of BiH, Vjekoslav Bevanda, confirmed the information to the press, adding that the document, according to the constitutional procedure, will be forwarded to the Presidency of BiH, which is the official proposer of the budget.

“The Presidency of BiH can change the Draft Law,” explained Bevanda, and expressed dissatisfaction with the fact that the Draft Budget was not adopted unanimously. He did not want to say who was against the proposed budget.

“The Draft Framework Budget, which was adopted unanimously, and the Draft Law on the Budget of the BiH Institutions, which was passed by the Council of Ministers, include the return of the base for salary calculation to the level from 2012 when the base was 498 KM. The presidency will give the final word on this matter,” explained Bevanda.

When asked by journalists about how much from the budget needs to be allocated to return the base to the level from 2012, Bevanda answered that the amount is around 22 million KM.

The CoM at today’s session supported the state strategy of public financial management, as well as several grant agreements for the section of the Corridor Vc Buna – Počitelj, for the Zenica – Gračanica tunnel, for the city of Zvornik, for the municipality of Jajce and a grant for a housing project.

The BiH Council of Ministers has supported an initiative to negotiate a loan agreement for the Vlašičć wind farm project.