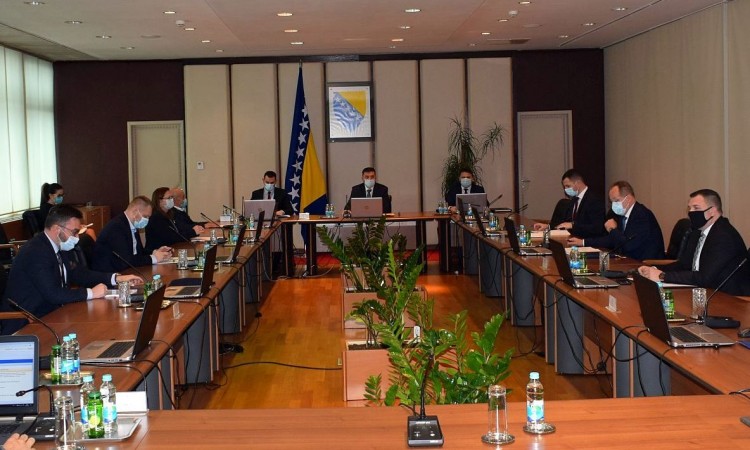 As it was announced after the session, the finalization of the Draft Law on the Budget of the BiH Institutions and International Obligations of BiH for 2021 is in progress, in accordance with the requests from the Presidency of BiH on the inclusion of funds for the fight against Covid-19 pandemic.

The Council of Ministers today also determined the Proposal for the purpose of concluding the Agreement on Amendments to the Agreement between Bosnia and Herzegovina and the Republic of Croatia on Border Crossings.

The future international border crossing in Svilaj, on Corridor 5c, has been designated for passenger traffic, and it will be open for goods transport when the technical conditions are met.

The proposal will be submitted to the Presidency of BiH for further procedure, the Council of Ministers announced.