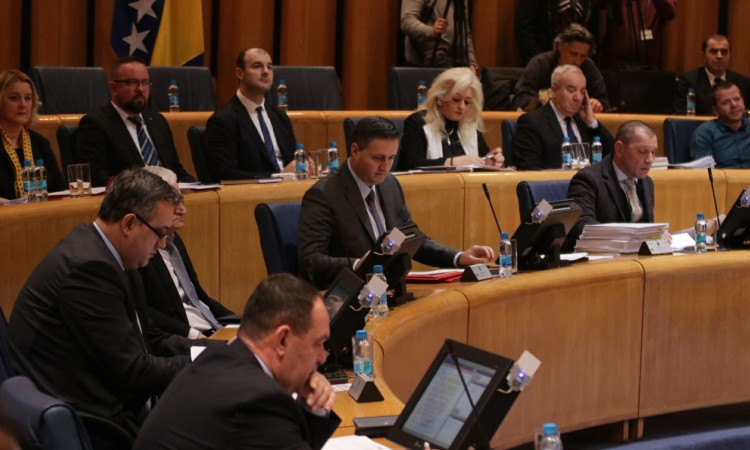 SARAJEVO, January 23 (FENA) – Deputies in the House of Peoples of the Parliamentary Assembly of Bosnia and Herzegovina rejected today to adopt the amendments to the Election Law, thereby prohibiting a person convicted for war crimes from being elected to office.

The initiative to amend this law was submitted by a member of the Bosniak caucus in the House of Peoples, Denis Bećirović (Social Democratic Party – SDP), who clarified that the elected officials could not be persons who had served their sentence in the Hague Tribunal or a domestic court for war crime.

The proponent of the law emphasized in his address to the deputies that the goal is to protect BiH’s international reputation because it is impossible to move towards EU and NATO integrations with persons convicted of war crimes who hold important positions or official duties in BiH.

He estimated that the task of the MPs was to restore the confidence of citizens in the state institutions and that the adoption of this law would make a positive step in that direction.

“War crimes convicts cannot play any social or political role in any EU country, and it’s time for BiH to move towards those standards as well,” urged Bećirović.

In addition to the amendments to that law, the House was also provided with a negative opinion of the Constitutional Committee, which established the compatibility of the draft law with the Constitution and the legal system of BiH, however, the members of that committee refused to support the principles of the proposed law.