Home BiH Border Police: Who can enter BiH and who can’t? 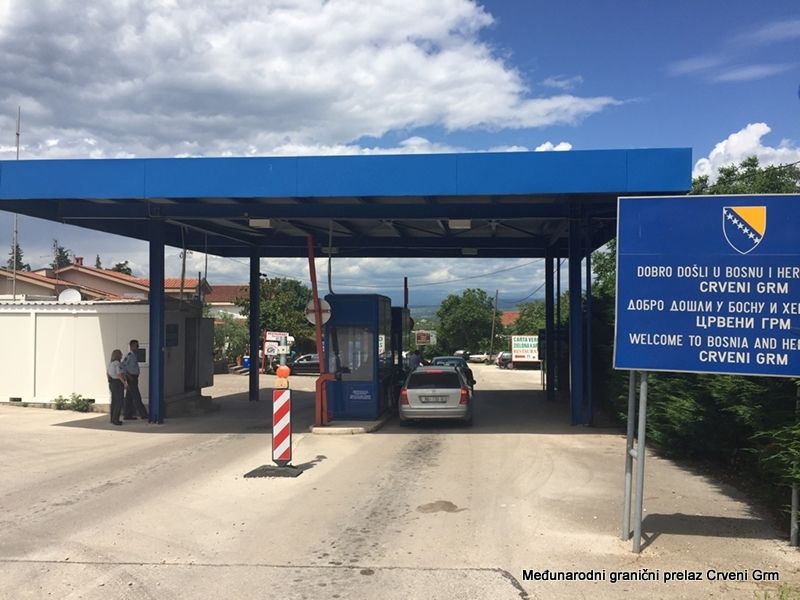 MOSTAR, June 3 (FENA) – The decision of the Council of Ministers of BiH to partially open the borders of Bosnia and Herzegovina from June 1 has caused a lot of confusion in the public, therefore Spokeswoman of the BiH Border Police, Franka Vican, explained who can cross the state border and for whom the ban is still valid.

In an interview with FENA she said that entry into BiH, in accordance with the decision of the Council of Ministers of BiH, is allowed to citizens of neighboring countries, namely Montenegro, the Republic of Croatia and the Republic of Serbia, and citizens of these countries can enter BiH with a passport or ID while the ban on entering BiH still applies to citizens of other countries.

The measure of ban on entry into BiH does not apply to drivers and co-drivers of freight vehicles when performing international transport of goods by road, as well as the crew and cabin crew of aircraft whose final destination is Bosnia and Herzegovina. In the case of international transit of goods by road, the stay of the personnel of freight vehicles in Bosnia and Herzegovina is limited to a maximum of 12 hours, Vican explained.

She reminded that border crossings are also open at airports in BiH, where the provisions of previously made decisions on prescribing additional conditions for the entry of foreigners into Bosnia and Herzegovina will be applied, while respecting the prescribed epidemiological measures of the competent authorities in BiH.

There are a number of other exceptions not covered by the ban on entering BiH, namely health workers who come to Bosnia and Herzegovina for engagement in the profession, then persons requiring emergency medical treatment, cross-border workers, civil protection services and teams, members of the military member states of the North Atlantic Treaty and other countries participating in the Partnership for Peace, members of NATO and EUFOR headquarters in Bosnia and Herzegovina, foreigners who have been granted permanent or temporary residence in BiH, drivers and escorts in cases of transfer of remains, crews of freight trains and ships in international traffic, heads of states and members of their delegations whose arrival and departure was announced to the BPBiH through diplomatic channels or through protocols of the competent body of BiH.

The Council of Ministers of BiH, at the proposal of the Ministry of Security of BiH, adopted a decision on amendments to the Decision on prescribing additional conditions for entry of foreigners into Bosnia and Herzegovina, as well as to the families of the deceased in order to attend the funeral, subject to the fulfillment of certain conditions.

As for the funeral, foreigners, close family members (spouse, parents, children, siblings) of the deceased may enter Bosnia and Herzegovina to go to the funeral, no more than 72 hours from the moment of entering BiH, not counting the possible period of isolation, provided they possess evidence of death and kinship with the deceased, Vican explained.