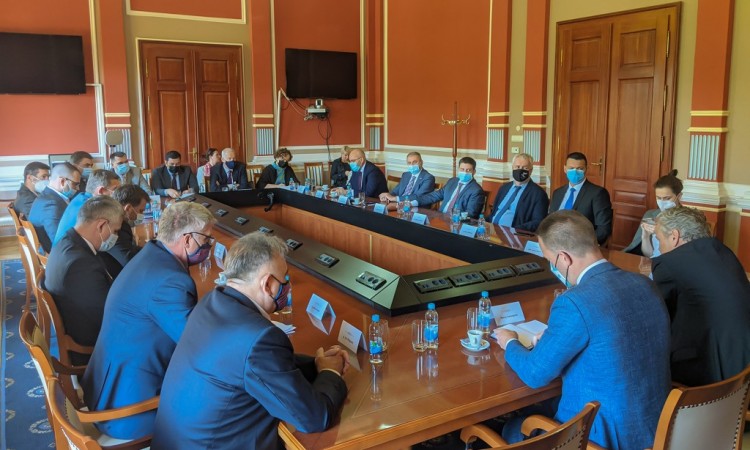 SARAJEVO, June 17 (FENA) – Brčko has marked an important milestone in ensuring its prosperity. This week saw concrete steps being taken to ensure the construction of a new Brčko-Gunja bridge, the reconstruction of the existing bridge, and the modernisation of the Brčko Port, the Principal Deputy High Representative and Brčko District Supervisor, Michael Scanlan, stated today.

The successful implementation of these projects, along with the planned highway junction will make Brčko a nexus connecting this region to the markets of the Western Balkans and the European Union, providing a boost to the economy and attracting well-paying private-sector jobs that will allow Brčko’s youth to see their future in the District, announced the OHR.

“This bright vision of Brčko’s future is within grasp, but only if the authorities demonstrate they are genuinely committed to ending corruption, patronage, and the misuse of public resources. Failure to do so will jeopardise Brčko’s ability to secure donor assistance and implement reform,” added Scanlan.

Systemically, the effective operation of the Commission for Assessing Conflict of Interest and the Anti-Corruption Office are important tools for restoring the citizens’ confidence in their government. Persons who ultimately fill these important public bodies need to be fully conscious of the responsibility they have to the community, and aware that any wrongdoing on their part would equally be subject to investigation and appropriate sanctions.

He reminded that the OHR and the U.S. Embassy’s Office of International Narcotics and Law Enforcement have agreed to actively support the establishment of these new public offices to effectively carry out their anti-corruption activities.

“The transparency of public expenditures is also evolving in the right direction in the District. The long-overdue procedure for the adoption of rulebooks accompanying the Law on Associations and Foundations will be completed this month. The authorities have also made it clear that there will be no public calls for grants until the rulebooks are in place,” the Supervisor added.

Ultimately, Brčko District must have a lean public administration with modern skills and an unambiguous commitment to serve the public. The broad application of e-governance is a critical tool to ensure that cost-effective services are quickly provided to the citizens and businesses of the District.

“Prosperity will only be guaranteed if there is success in these areas, as infrastructure projects and business initiatives cannot be sustained without good public services and a zero-tolerance for corruption,”  concluded the Principal Deputy High Representative and Brčko District Supervisor, Michael Scanlan, today.