Džaferović: Trade exchange with Turkey should reach one billion dollars a year 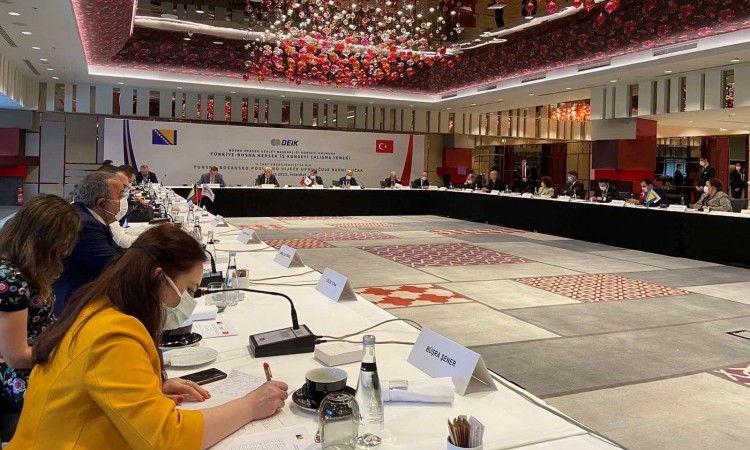 SARAJEVO, March 17 (FENA) – Members of the Presidency of BiH, Šefik Džaferović and Željko Komšić held a meeting today with representatives of the Committee on Foreign Cooperation of Turkey (DEIK).

After the meeting, Džaferović said that the topic was increasing the number of production investments from Turkey to BiH, and improving the business environment when it comes to Turkish investors.

“In this regard, we have heard a number of important things that we will introduce to other institutions in BiH, and we invited Turkish businesses to invest in Bosnia and Herzegovina. The door will be wide open for them,” said Džaferović.

During yesterday’s visit to Ankara, a Memorandum was signed between the Agency for the Promotion of Foreign Investments in BiH and the Investment Office of the President of Turkey.

Džaferović stated that today’s meeting was an additional impetus for strengthening economic cooperation and that Bosnia and Herzegovina has exceptional friendly relations with Turkey, and our goal is for them to be intensified in the business field as well, in parallel with cooperation at the political level.

“We want to make full use of the room created by the Free Trade Agreement, which gave us the most favorable status of all countries. Our goal is to raise the trade exchange to one billion dollars a year,” Džaferović pointed out.

The meeting was organized by the Turkey-Bosnia and Herzegovina Business Council, and was attended by numerous business people in Turkey, the BiH Presidency said.