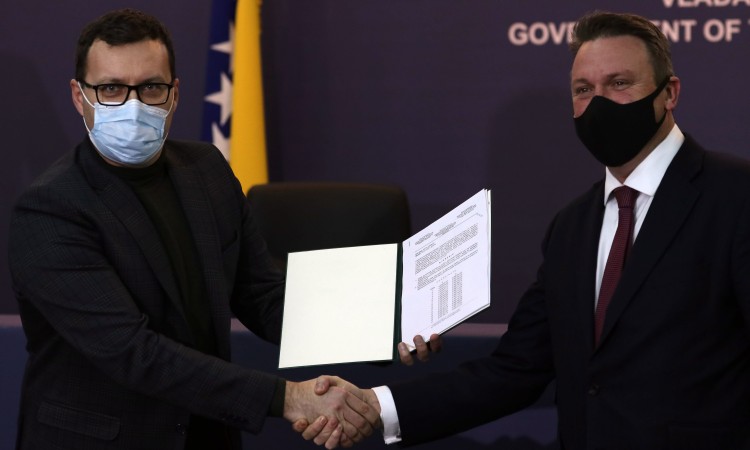 SARAJEVO, January 27 (FENA) – Minister of Energy, Mining and Industry of the FBiH Nermin Džindić today presented the concession agreement on the surface exploitation and processing of lead, zinc and barite to the General Manager of Adriatic Metals PLC Paolo Cronin and the Executive Director of Eastern Mining, Adnan Teletović.

He reminded that the delegation of the Government of the FBiH visited the location in Vareš at the end of last year, where they promised the director and the owners that the documentation would be completed within the set deadlines.

“Even before those deadlines expired under the law, today we issued the Decree and enabled this welcomed foreign investor to start working on the site in Vareš,” Džindić pointed out.

He added that this is a positive example of how an accelerated process of issuing all the necessary documents can be achieved together with the investor.

Cronin thanked for the handover of the agreement, which he considers an important milestone, not only for their company but also for the mining sector in BiH as a whole.

He pointed out that in less than two years, they have developed detailed plans for research, environment and exploitation, as well as a plant that would help build this significant project in Vareš that would benefit the entire community.