Home BiH Čerkez: Federation of BiH has capacity for more than 250,000 doses of vaccines 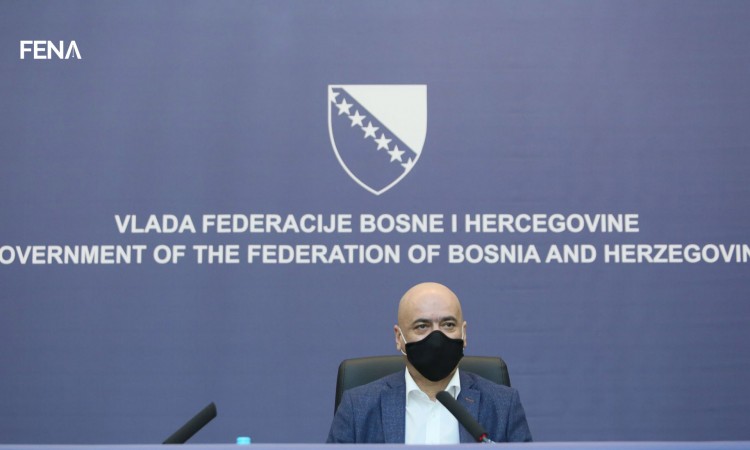 SARAJEVO, February 25 (FENA) – FBiH Assistant Minister of Health and member of the Crisis Staff of the FBiH Ministry of Health Goran Čerkez said at today’s press conference that measures to combat coronavirus will be extended due to the evident increase in new cases in several cantons in the Federation of BiH.

“In a short period of time, there has been a significant deterioration of the epidemiological situation, especially in the Sarajevo Canton, but also in the Herzegovina-Neretva, West Herzegovina and Tuzla Cantons, which is why we have to be careful. Recently, we have noticed a drastic non-compliance with the measures by the population. This is especially important for the Sarajevo Canton, where a large number of people enter and leave every day. We believe that the measures in force are sufficient, but only if the population respects them,” Čerkez emphasized.

He expects that more restrictive measures will be adopted in the Sarajevo Canton, and he expects a similar scenario in other cantons where an increase in the number of patients has been recorded. He states that the non-compliance with the measures in the last period, as well as the cases of large gatherings in catering facilities, led to the consideration of the reintroduction of rigorous measures and possible closures of the facilities.

He added that despite all these indicators, the citizens of BiH still have reason to be optimistic because our country is only entering the second wave of the pandemic, while some other European countries are entering the fourth wave, despite the beginning of vaccination of the population.

Čerkez adds that the FBiH Ministry of Health, together with the DRC, is working on the control of the health of migrants, tests are being performed on people housed in collective centers, and 31 people have been tested positive for coronavirus.

“We can say that there were relatively few cases of infection among migrants. We have formed isolation spaces, we have monitored and screened more than 60,000 people, improved the conditions for maintaining hygiene in the centers,” he said.

Asked why the Federation of BiH cannot procure vaccines on its own, following the example of the Republika Srpska entity, Čerkez reminded that through the COVAX mechanism, BiH was among the first countries to order 800,000 vaccines paid for by the Federation of BiH, however, why vaccines did not arrive is a question for state institutions.

“The problem of vaccine procurement is global and globally only 2.1 percent of the population has received the vaccine. The state must participate in the procurement of vaccines, and the entities are legally prevented from doing so. I do not know or want to comment on how the Republika Srpska imported a certain number of vaccines. The vaccine that comes to BiH must be safe for the population and the state and diplomacy must be involved. The Federation of BiH is ready to receive vaccines and the information that appeared in certain media that we do not have a cold chain is incorrect. The Federation of BiH can currently receive more than 250,000 doses of vaccines,” Čerkez emphasized.

He added that he expects the World Health Organization to confirm that the Federation of BiH has met all the conditions for the procurement of vaccines, and that he sees no reason why AstraZeneca vaccine cannot be delivered, especially since it requires a cold chain that already exists in BiH.