Clemens Pig, President of EANA: We look forward to better cooperation with FENA 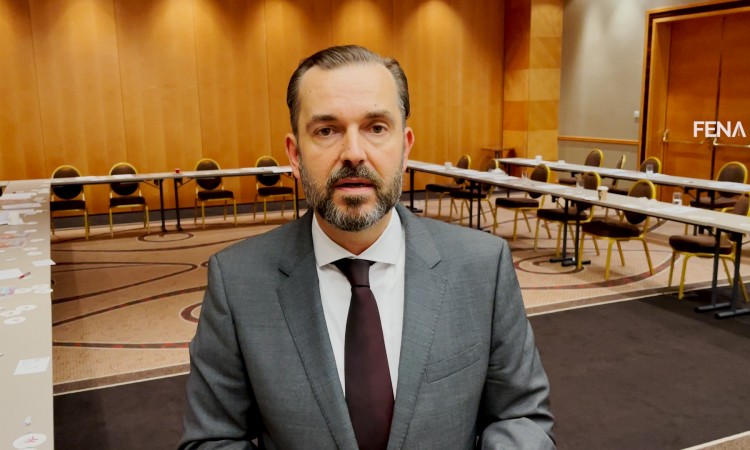 VIENNA, October 8 (FENA) – General Manager of the Federal News Agency (FENA) Elmir Huremović was elected today as a member of the Governing Board of the European Alliance of News Agencies (EANA).

The President, Secretary General and two new members of the Alliance’s Board were elected at the EANA General Assembly in Vienna today.

Clemens Pig, director of the Austrian news agency APA, which is also hosting this year’s General Assembly, has been elected for the two-year term as EANA President. Alexandru Giboi will serve as Secretary General for the next three years and this is his second term in office.

Clemens Pig pointed out that the task of the newly elected board and president of EANA will be to unite and integrate all news agencies across Europe, members of EANA.

He stated that the challenges that news agencies face are huge.

“There are current challenges of digital transformation, as well as great challenges we are facing due to the pandemic,” he pointed out and congratulated all new colleagues in the EANA board.

He also reminded of bilateral issues between APA and FENA.

“We are talking about the circumstances and the new conditions in which our agencies work, as well as about the bilateral cooperation between APA and FENA, which I am very much looking forward to,” concluded Clemens Pig.