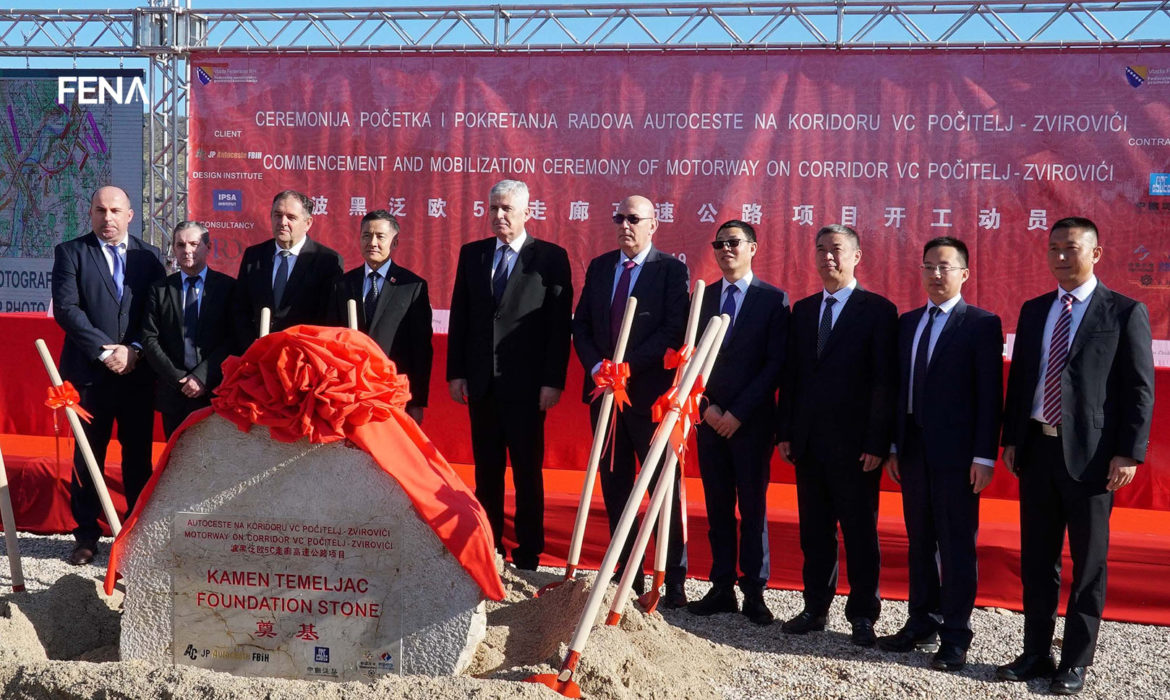 ČAPLJINA, November 22 (FENA) – The commencement of the works on the ten kilometer-long section of the Corridor Vc Počitelj – Zvirovići LOT 1, which connects Herzegovina region directly to the European Union via Bijača border crossing with Croatia, was officially marked on Friday near Čapljina.

LOT 1 covers the motorway section from the initial station to the Počitelj Bridge and from the Počitelj Bridge to the Zvirovići interchange. The contractor is China State Construction Engineering Corporation Limited (CSCEC). The bridge to be constructed near Počitelj is not an integral part of this lot.

The value of the project is 56.52 million euros excluding VAT, and the deadline for completion is 24 months.

The construction of the Počitelj – Zvirovići section is financed from funds secured under a loan agreement concluded with the European Investment Bank (EIB).

FBiH Minister of Transport and Communication Denis Lasić said that this is a very important section for southern BiH and that the benefits of this project are multiple.

“Implementation of this project will stimulate economic development and create conditions for development and progress of this part of the country. It is especially important that, in the tourist sense, we will also connect with the religious center of Međugorje, and through Bijača with the Republic of Croatia, and the European Union,” Lasić said.

The minister recalled that this section has been a subject of dispute for more than four years, i.e. three tenders had been conducted, and he expressed satisfaction that all this has been completed now and that the works have commenced.

Ambassador of the People’s Republic of China to BiH, Ji Ping, emphasized the importance of commencing the works of the said section, saying that this project would certainly attract other Chinese companies to Bosnia and Herzegovina.

“Chinese have not been sufficiently familiar with the BiH market so far, but I believe that after this project, Chinese entrepreneurs will know that there is a chance for cooperation through infrastructure projects and that they will come more and more and invest in this country,” said Ambassador Ping.

He reminded of the Ministerial Conference on Transport and Communications to be held next month in Sarajevo, which he said will be an opportunity to cooperate on new development strategies.

The ceremony was also attended by the Speaker of the House of Peoples of the BiH Parliamentary Assembly, Dragan Čović, who said that the beginning of construction of the Počitelj – Zvirovići section is significant for a number of reasons, and one of these reasons is quality cooperation between BiH and Chinese companies.