Home BiH Čović: As of next week, all open issues in FBiH will be on the table

Čović: As of next week, all open issues in FBiH will be on the table 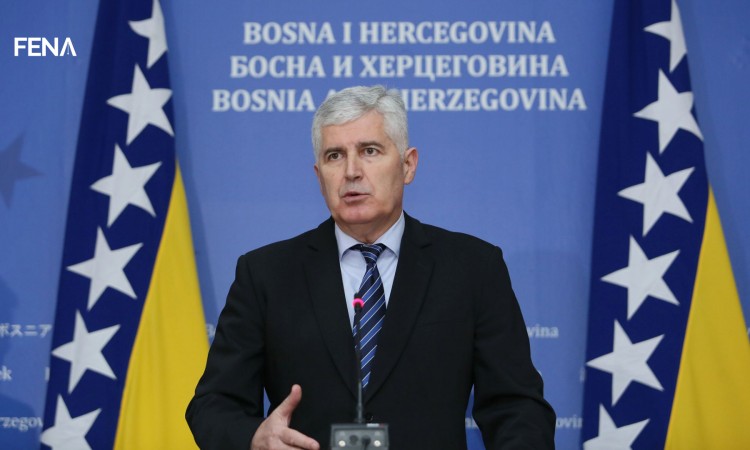 SARAJEVO, February 23 (FENA) – President of the Croat Democratic Union (HDZ) Dragan Čović, after today’s meeting with the leader of the Party of Democratic Action (SDA) Bakir Izetbegović, said that representatives of the two political parties discussed numerous open issues in the Federation of BiH and that it is time to start positive processes in BiH that will take the country out of the stalemate in which it has been for a long time.

They discussed the formation of working groups that will deal with solving the country’s burning issues, with an emphasis on reforming the Election Law and bringing BiH closer to the status of a candidate for EU membership, and resolving all open issues at the level of the Federation of BiH.

Čović emphasized that today’s talks came as a result of a virtual conference with MEPs, who are sent a message of encouragement to political leaders in BiH saying they must agree among themselves and make changes in order for BiH to receive a candidate status for EU membership this year.

Representatives of these two political parties will have a meeting next week on the issues in the Federation of BiH and will put all open issues on the table, and one of the topics will also be the Election Law.

“We will put all open issues at the FBiH level on the table next week. There are numerous problems, such as the public broadcasting system, military industry, various ministries, the issue of the BiH Constitutional Court, the Securities Commission, etc. The people who make up the government in the Federation of BiH from these two parties will sit down and try to make a plan to resolve these issues by the end of March,” said the leader of the HDZ BiH.

He believes that it is possible to pass amendments to the Election Law in BiH without changes to the BiH Constitution and that everything depends on the approach taken by the parties to this issue.

“Our imperative is to make it very clear that the constituent peoples need to elect their legitimate representatives. Who they opt to elect, it is their own choice; let the peoples decide for themselves. We will leave the question of how to make this happen to the experts and we should finish the work by end of April,” said Čović.

He added that representatives of other parliamentary parties, i.e. the parties interested in this process, will be included in the process later on.

Čović also added that they agreed to form a working group that will deal with BiH’s European path, in terms of reforms that need to be implemented, such as meeting the 14 conditions of the European Commission, some of which have already been completed, while the deadline for resolving the remaining conditions is the end of June 2021.

“For each of the three plans that we have adopted, the deadline is June this year, so that we can deservedly ask the representatives of the European Union for a candidate status for BiH,” he explained.

He points out that the candidate status for BiH would change a lot, including the whole problem of the procurement of vaccines and many other issues in communication with Brussels.

Čović is convinced that these two political parties will offer the public a plan as early as next week that will specify the dynamics of all these processes and that certain issues will require a third partner because changes at the level of the Council of Ministers and the Parliamentary Assembly must involve representatives of all three constituent peoples.