Home BiH Čović: It is better to talk rather than rattling sabers at each other

Čović: It is better to talk rather than rattling sabers at each other 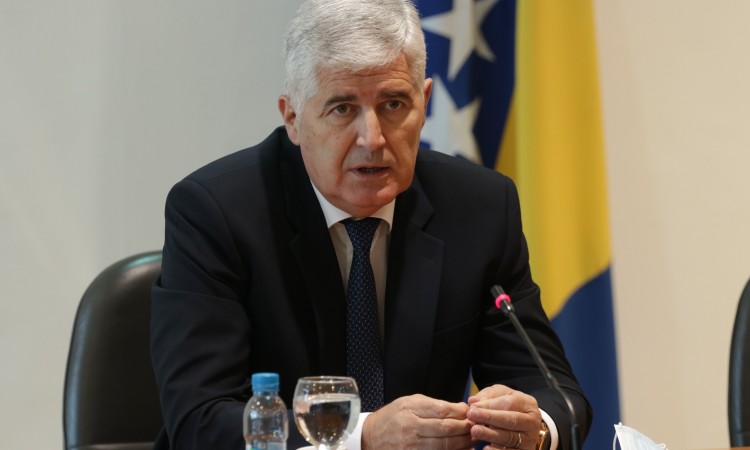 SARAJEVO, October 28 (FENA) – Speaker of the House of Peoples of the BiH Parliamentary Assembly and President of the HDZ BiH Dragan Čović told reporters in Sarajevo that the political situation in BiH is very demanding, full of temptations and the need for real and timely reactions.

“Some will say that this is the crisis we have not had since Dayton. I would define it as that today we have a complete crisis of non-functioning of the executive, legislative, but also judicial authorities in BH, and that can be commented on in various ways,” stated Čović.

According to him, the fact is that it has been going on for a long time and “we must send a message very quickly on behalf of those represented by politicians, that we need to eliminate this situation, at least those key sources of problems that led to the fact that the government is not functioning at the level of BiH today.

He noted that the BiH Parliament is not functioning and that the House of Peoples, of which he is the Speaker as of today, has not held the session for a couple of months.

“We undertook obligations five or six months ago to complete key reform activities to get a chance for our candidate status, which is constantly around us as a priority over all other priorities, with the solution of the Election Law,” said Čović.

The fact is that we have now come to a situation where we have not fully implemented the Mostar Agreement from last year.

“It seems to me that all the solutions under that agreement can already be seen somewhere today, it is just a question of how to make a compromise between key political parties that have the necessary parliamentary majorities to finish the job in a non-election year, so we could then really dedicate to settling the situation, economic, social and political stability. Most importantly, I don’t see a substitute for conversations. It is better to talk rather than rattling sabers at each other,” Čović pointed out.

Our responsibility, he said, is first and foremost “to seek political solutions and to find them, as I am sure that BiH has only one path, and that is the European path.”