Home BiH Čović: We have agreed on the continued movement of goods with Croatia

Čović: We have agreed on the continued movement of goods with Croatia 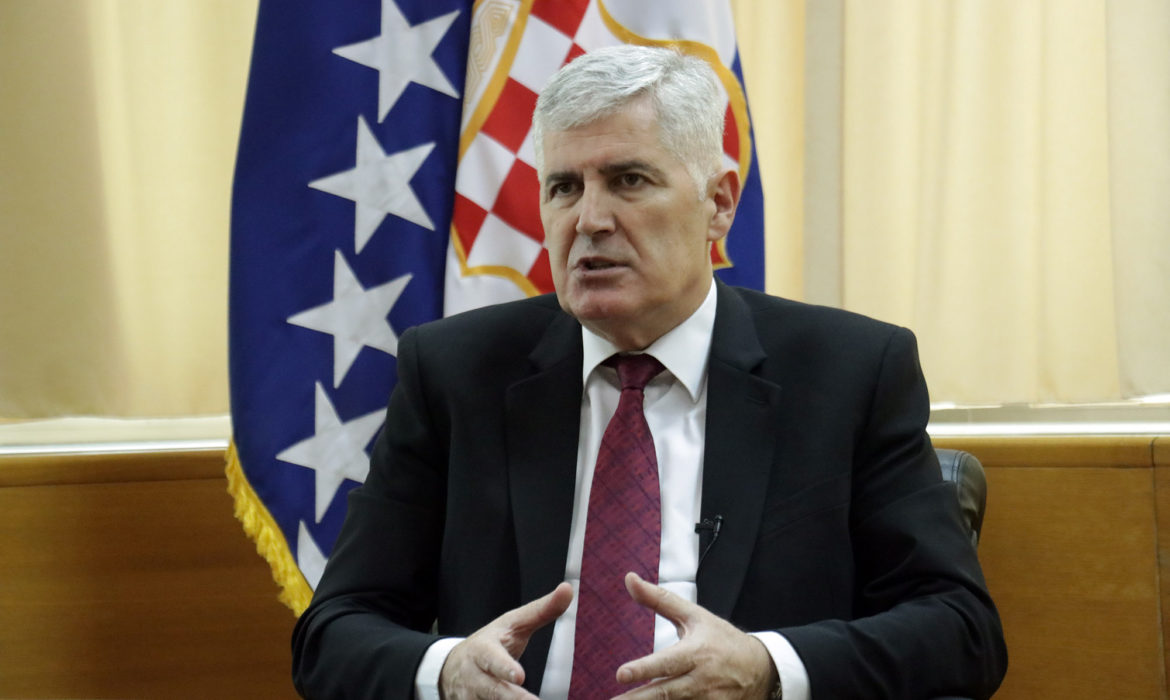 SARAJEVO, March 25 (FENA) – We have agreed with the authorities of the Republic of Croatia a centralized form of communication about securing permanent transport corridors, but also everything else regarding the exchange of goods, the flow of aid and the needs of the economy, so that we will not be cut off at any moment, said in an interview with FENA the Speaker of the House of Peoples of the BiH Parliamentary Assembly and HDZ BiH President Dragan Čović.

Yesterday, he met in Zagreb with the Prime Minister of President of the Parliament of the Republic of Croatia, Andrej Plenković and Gordan Jandroković, and expressed solidarity with the recent earthquake in Zagreb, but primarily talked about cooperation in this period of the coronavirus pandemic.

“This cooperation is a strategic thing that had to be agreed so that we do not have any problems with the tightening of the protection measures in the next ten days in terms of free movement. I think that we have established excellent communication that will work 24 hours a day,” said Čović in a telephone interview with FENA from his home in Mostar, where he returned immediately after returning from Zagreb, in order to show social responsibility, take up working from home and adhere to the recommendations of health institutions.

Speaking about the meetings he had with Croatian officials, Čović says he is happy that Prime Minister Plenković has accepted that BiH should be included in all of the mentioned ten EU-based funds to be set up, where all other countries in our region will take part.

“We do not have a candidate status and we are not in the process of negotiations, therefore we could have stayed outside those aid plans. However, our full involvement in all funds relating to both health and the economy has been promised, which is significant, as economic and social measures will need to be considered more and more while the professionals are concerned with healthcare. I think that the professionals should be left to coordinate as much as possible on everything concerning the coronavirus pandemic, and on the other hand, we have to logistically assist them,” said Čović.

He said there was also a problem in the entity of Republika Srpska, where many returnees have health insurance regulated in the Republic of Croatia. It was agreed that this would be resolved to the greatest extent with the authorities in Banja Luka, and that those who still needed appropriate care should be provided for in Croatia.

“I am extremely pleased with the way the individual levels and crisis staffs have arranged their communication with the local communities. Initially, there were misunderstandings over divided constitutional competencies, but that was to be expected. Of course, not all of us share this burden of activity and responsibility evenly, and now is the time to balance it. We will need revisions of the budgets, which is why my effort was to get the state budget passed as soon as possible, regardless of our political disagreements. This allows us to immediately announce vacancies for a large number of border police officers because it means that we will only have these people at their job in a year, and we need them now,” emphasized Čović.

When it comes to the economy, he says, this also is a big chance, not just a danger and a tribulation.

“I believe that there are so many entrepreneurial people today who have creativity and ideas and can take on many jobs that they have not thought about until yesterday. From the production of protective suits to everything else that BiH needs now. Why would we give money to someone abroad if we can direct money from the budget to procure these products from domestic companies,” says Čović.

He stresses that we are covered in terms of al supplies for this year in BiH, including all the basic food items and products and that there is no reason to panic.

“We just need to be a little wiser, be more transparent in financial management, to have everything under control in the next ten days. The economy will have to adapt to the new situation and be there for our citizens, but when all this passes, it will be a good basis for a better start,” concluded Dragan Čović in an interview with FENA.