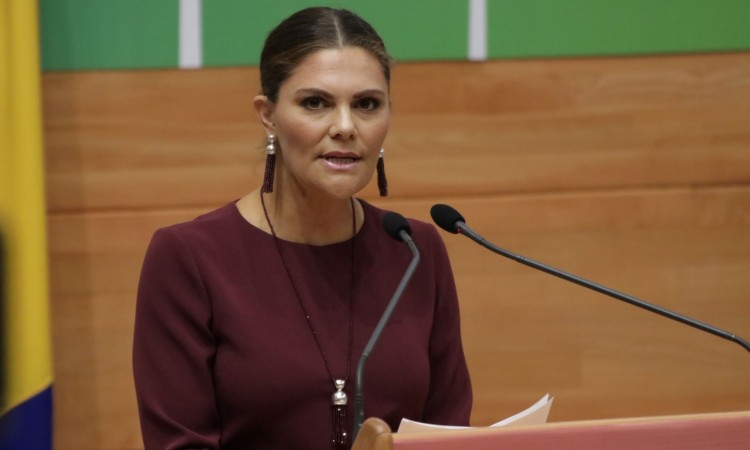 The conference will focus on the ways how to respond to the 21st-century climate challenges in a sustainable manner.

Sweden and UNDP are key stakeholders in innovation and accelerating development of Bosnia and Herzegovina, and examples of good practice in various areas of urban development will be presented at the conference.

The Crown Princess, named by the Secretary-General of the United Nations as one of the 17 ambassadors for the Sustainable Development Goals and the 2030 Agenda, said today in her keynote address that the relations between BiH and Sweden are very good in multiple areas.

She recalled that about 60,000 refugees from BiH came to Sweden during the 1990s war in BiH, most of whom remained living in the country where they rebuilt their lives, but they have also played an important role in building a better and more dynamic society in Sweden.

“Today, about 100,000 citizens of Bosnia and Herzegovina live in Sweden, and since the 1990s, the two countries have cooperated, and we have continued in this direction, actively working for BiH to become a member of the European Union,” said Princess Victoria.

Speaking on the topic of today’s conference, she confirmed that she was aware that BiH was taking all measures to reduce air pollution, but said that new ideas and new technologies could help in these efforts, highlighting the need to work together to meet these challenges.

She warned that air pollution is one of the biggest causes of premature death in the world and, unfortunately, it is also the case in BiH, which is why today’s event was an opportunity to share experiences and present new innovative practices.

“Climate change and air pollution are concrete problems and we need to act now,” concluded Princess Victoria, who urged conference participants to take advantage of these opportunities for learning, but also to share experiences with others.

Air pollution and climate change can be viewed as two sides of the same coin affecting human health, and BiH is faced with a high level of pollution

About seven million people die each year from air pollution worldwide, therefore, rapid interventions are needed to protect lives, and this generation is the first to be aware of it and the last one that has a chance to do something to change it.

The conference is an opportunity for a dynamic debate on green development policies, improved air quality, smarter urban solutions and investing in energy efficiency, and brings together participants from the public, private, academic and non-governmental sectors and international organizations.

Sweden puts energy efficiency, green and smart cities, good air quality and environmental protection at the top of the list of its priorities.