Home BiH Désir: Female journalists are a risk group in this profession

Désir: Female journalists are a risk group in this profession 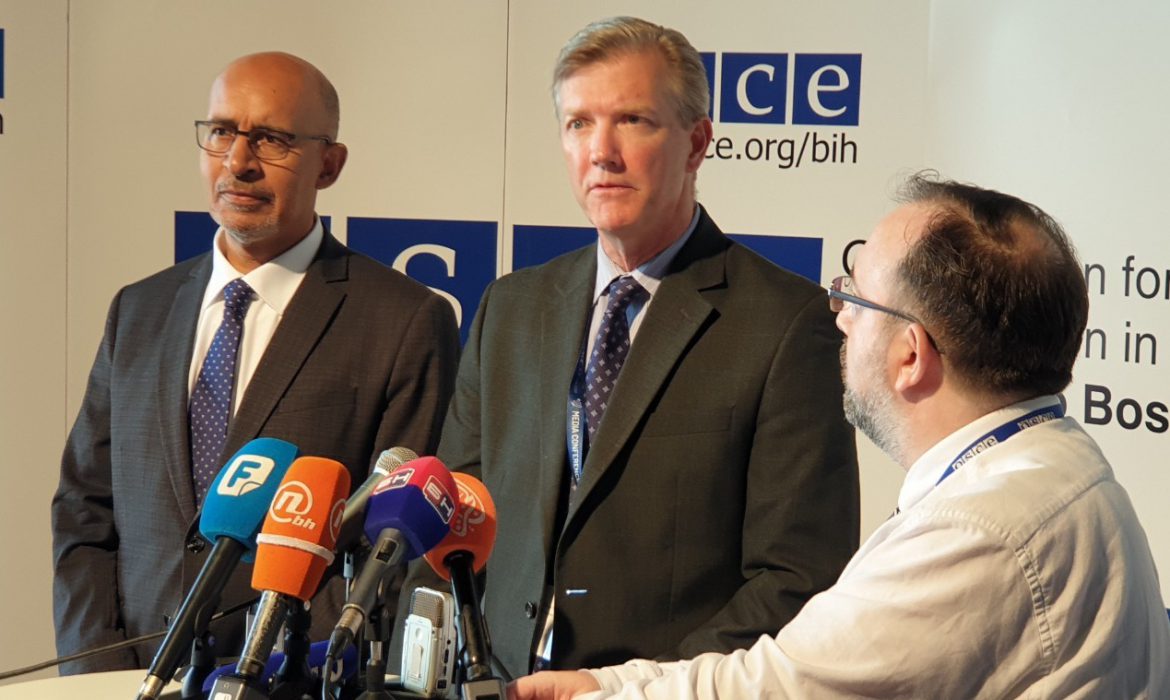 SARAJEVO, June 18 (FENA) – Journalists and media in Bosnia and Herzegovina are dealing with challenges on a daily basis, while at the same time they are asked to be independent and free, said the OSCE Representative for Freedom of the Media Harlem Désir at the OSCE South East Europe Media Conference.

Unfortunately, Désir mphasized, we have been witnesses of further intimidation of journalists and media houses over the last year.

Focus of this-year’s conference, which was organized in cooperation with the OSCE Mission to BiH, was development of the media and their sustainability, security of journalists, legal framework which refers to freedom of the media and finding sustainable solutions for public broadcasters.

Désir said the conference is also an opportunity to create additional or better connections for cooperation as a key component for improving quality and conditions for freedom of the media in Southeastern Europe.

“There is a clear need for better understanding of the role of media in democratic society, not only to secure economic sustainability, but also to realize their independence in dealing with economic and political pressures,” said Desir.

According to him, lack of trust between media community and local authorities in the area of Southeastern Europe resulted in creating an environment where violence against independent media is widespread.

“Female journalists are particularly a risk group and they are dealing with a spectrum of gender-based violence, including threats on the internet, physical and psychological abuse. These attacks are a great challenge, not only when it comes to rights to express public opinion but also when it comes to attack on basic democratic values and human rights,” emphasized Désir.

Head of the OSCE Mission to BiH Ambassador Bruce G. Berton said that freedom of the media is foundation of every democratic society, and it reflects on degree of freedoms and readiness to protect common human rights, including the right to freely ask for, receive and share information.

“OSCE South East Europe Media Conference will study new ways of engagement of all relevant actors from the region towards improving degree of media freedoms through practical steps and constructive and open dialogue,” emphasized Berton.

He emphasized that journalists must be protected, which is clearly stated in recently adopted Decision of the OSCE Ministerial Council on Security of Journalists, which was adopted in December last year.