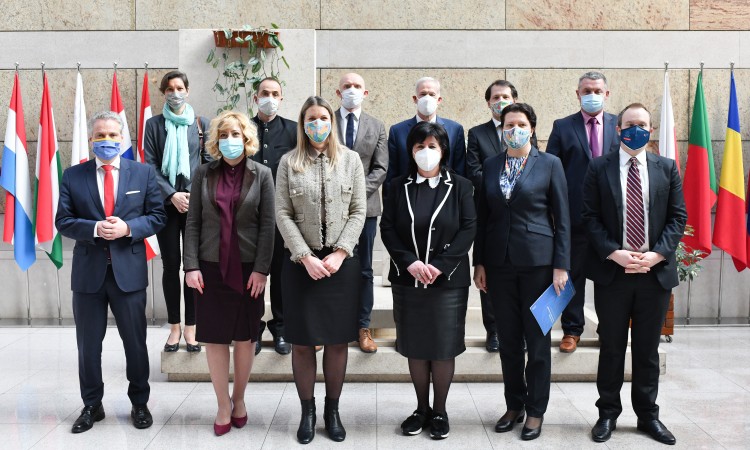 SARAJEVO, February 26 (FENA) – A meeting on air pollution, organized by Swedish Ambassador to Bosnia and Herzegovina Johanna Strömquist, was held in Sarajevo at the headquarters of the European Union (EU) Delegation to BiH with relevant ministers and donors.

The emphasis of the meeting was on achievements and plans as well as next steps related to reducing air pollution, the Embasyy of Sweden in BiH announced.

The conclusions were that important steps have been take during the last year in cooperation between local authorities and the international community. But much remain to be done.

Air pollution is a serious threat to people’s health, the environment and prosperity and is part of the global climate crisis. There is a need to continue to raise awareness about causes and remedies and to develop a legal and strategic framework to be able to implement the necessary measure. The group pledged to continue to work together to this end.

Amongst the participants were Minister of Spatial Planning, Construction and Ecology of Republika Srpska, Srebrenka Golić, Minister of Environment and Tourism of the Federation on Bosnia and Herzegovina, Edita Đapo, Assistant Minister for Water, Tourism and Environment of Bosnia and Herzegovina, Mirza Hujic, Head of Department for Spatial Planning and Environment at Brčko District, Edin Zaimovic, Head of EU Delegation to BiH, Ambassador Johann Sattler, UK Ambassador Matthew Field, UNDP Resident Coordinator, Steliana Nedera, Principal Deputy High Representative, Michael Scanlan as well as representatives of US Embassy, the World Bank and the OSCE.

According to the World Bank approximately 3,300 persons die prematurely from consequences of air pollution in Bosnia and Herzegovina every year. Air pollution is often high above prescribed limits during the winter season. It contaminates the environment and is a serious health issue.

There is no single cause or a single solution to air pollution. Industrial emissions, car exhausts and, household heating are among the sources. That is why responses and solutions require cooperation and coordination between public and private sector as well as civil society and citizens.

Taking the right measures can turn the situation around. Reducing pollution will improve the quality of life for people while creating new green jobs and increase public savings, it is said in the statement.