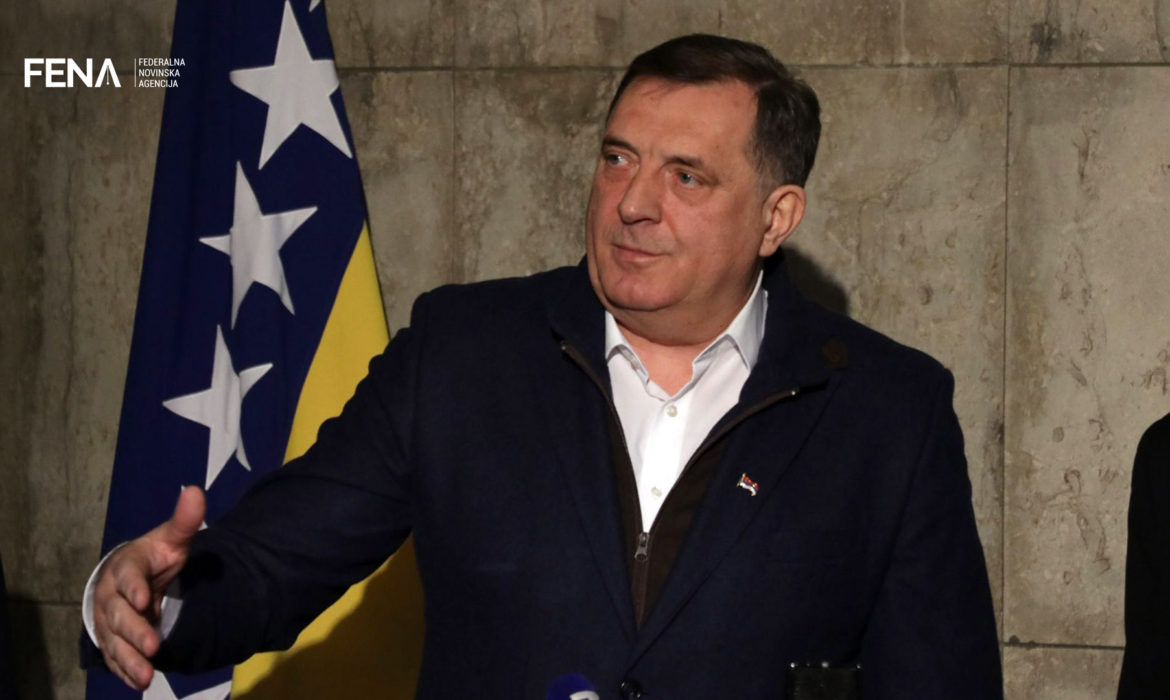 TESLIĆ, July 12 (FENA) – Bosnia and Herzegovina Presidency member and SNSD leader Milorad Dodik said today that a “serious crime against Bosniaks” had been committed in Srebrenica, but opposed imposing a law on banning genocide denial.

He said that he respects the pain of the mothers of Srebrenica “in both white and black shawls, that the crime against anyone must be condemned, but that one truth cannot be favored, it must be built on facts, not speculations”.

“I’ve heard lately a constant demand to ban something to deny it. The truth cannot be built on whether something happened or not. If there is something suspicious, such as their story, which they want to say that genocide happened, then it cannot be forced by law. It is just a story about a new verbal offense or something similar,” Dodik stated.

He stated that the Hague Tribunal cannot write history.

“If we can agree that the truth is built on facts, not speculations, and if the truth can be established exactly, and it can, then we can be part of the whole reconciliation project in BiH. If someone wants to write history through favored international institutions, such as the Hague Tribunal, which only tried Serbs, we are not behind that. Nobody can force us to do that,” said Dodik.

He claimed that former US President Bill Clinton cannot not talk about Srebrenica.