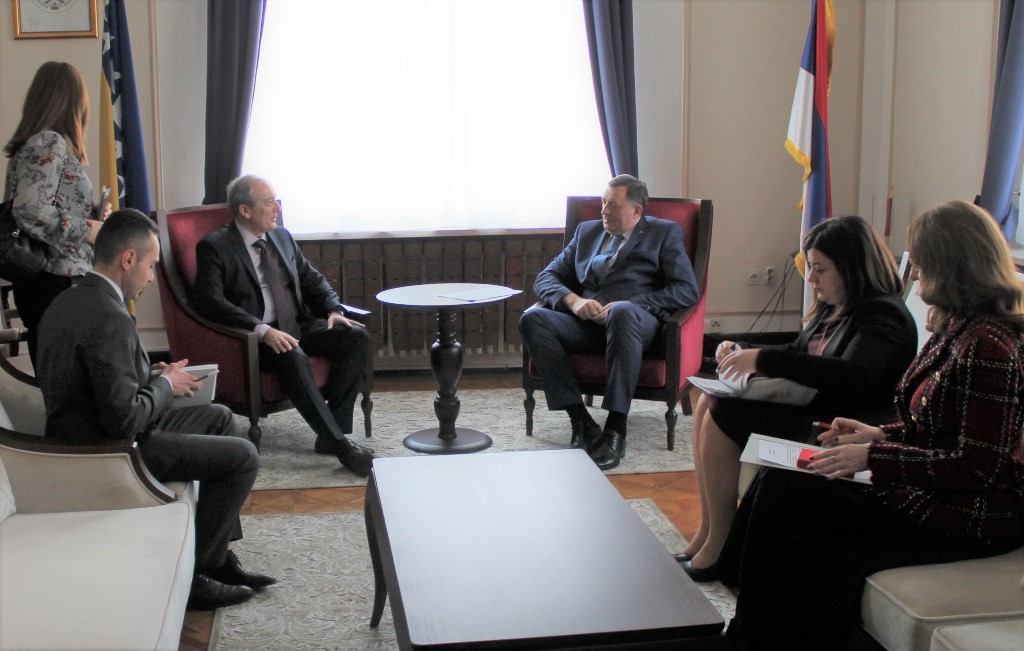 SARAJEVO, February 13 (FENA) – Bosnia and Herzegovina Presidency member Milorad Dodik received today Ambassador of Greece to BiH Dimitrios Papandreou, and informed him about the decisions that will be made at a special session of the National Assembly of Republika Srpska (RS) on next steps regarding last decision of the Constitutional Court of BiH.

Dodik conveyed to Papandreou that the Republika Srpska maintained the decision of Republika Srpska officials to suspend their work at the state level in deciding on any matter from the jurisdiction of the BiH authorities until the adoption of the new Law on the Constitutional Court of BiH where there would be no foreign judges.

That decision, he said, will be upheld at a special session of the RS National Assembly, which will be held on February 17.

He explained that the conclusion was reached on Wednesday, and that it followed the decision of the BiH Constitutional Court that Article 53 of the RS Law on Agricultural Land, which stipulates that the agricultural land in question is a public property or state property, by force of law becomes the property and possession of the RS in contravention of the Constitution of BiH, that is, the Constitutional Court has determined that it is the exclusive competence of the State of BiH to regulate matters of state property.

The BiH Presidency member and the Greek Ambassador to BiH agreed that the relations between the two countries are traditionally good and that they should be further enhanced for the benefit of their peoples.

Dodik thanked for the assistance the Greek Government has provided to the RS in the past, as well as activities to stabilize the situation in BiH and support of Greece on the European path of the Western Balkan countries.