Dodik informs Kavalec on the decision of RS officials 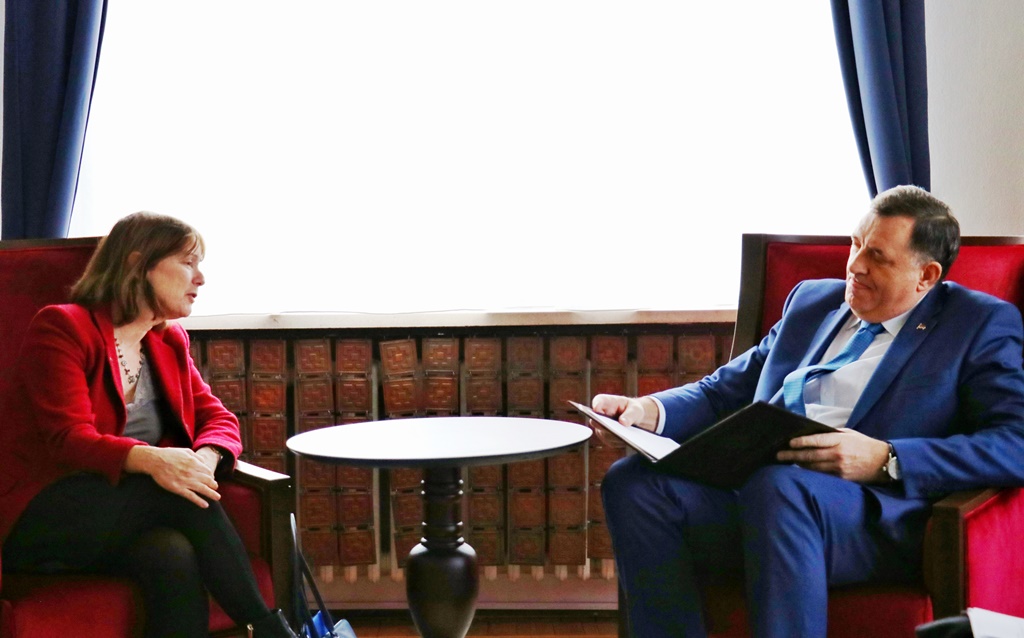 SARAJEVO, February 13 (FENA) – BiH Presidency member Milorad Dodik met today with Kathleen Kavalec, Head of the OSCE Mission to BiH, and informed her about the decision of Republika Srpska officials to suspend their work at the state level in deciding on any matter from the jurisdiction of the BiH authorities until the adoption of the new Law on the Constitutional Court of BiH where there would be no foreign judges.

He explained that the conclusion was reached on Wednesday, and that it followed the decision of the BiH Constitutional Court that Article 53 of the RS Law on Agricultural Land, which stipulates that the agricultural land in question is a public property or state property, by force of law becomes the property and possession of the RS in contravention of the Constitution of BiH, that is, the Constitutional Court has determined that it is the exclusive competence of the State of BiH to regulate matters of state property, announced the BiH Presidency.

“It is a typical protectorate and the attempt of this court to centralize BiH by force. The Constitutional Court of BiH put itself in the function of modeling the political system and we are forced to react to this kind of violation of the rule of law,” Dodik said.

Dodik and the Head of the OSCE Mission agreed that dialogue should address any form of discrimination at all levels, including education.

The officials also discussed OSCE activities and cooperation with the BiH Presidency at the meeting.