Dodik: International community has done everything to disintegrate DPA 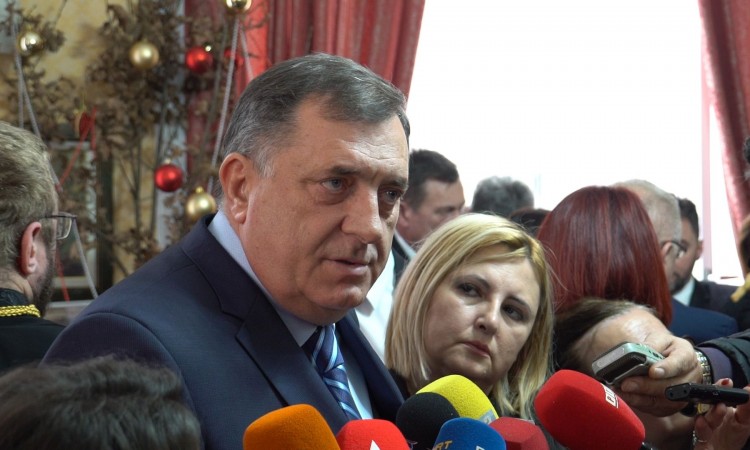 SARAJEVO, January 16 (FENA) – BiH Presidency member Milorad Dodik said today, at a Christmas reception hosted by Metropolitan of Dabar-Bosna Hrizostom in Sarajevo, that Bosnia and Herzegovina has the potential to respect different faiths.

“But still, all this is overshadowed by the fact that nothing has been returned to our Orthodox Church and that objects worth millions are being retained by the Federation and cantonal authorities, which do nothing about it. Large assets have been usurped in the center of Sarajevo, and the international community has done nothing in that regard. This is a combination of international factors and authorities in the Federation and the canton to prevent the property from being returned,” Dodik said.

On this occasion, he commented on the Dayton Peace Agreement, stating that the international community, through the High Representative, has done everything to “disintegrate” the Dayton Agreement.

“False authorizations called Bonn powers have been obtained. Based on the estimates of the time, it was said to be illegal and the Dayton Agreement was degraded to a greater extent. It is misleading for those who think that putting them on the agenda in an international forum would mean that their goals will be met. So, if it happens, I think it is the death penalty for BiH,” Dodik said.

Also, the High Representative in BiH Valentin Inzko commented the issue at the Christmas reception, stating that a change to the Dayton Agreement would happen if the judgement “Sejdić – Finci” was implemented.

“This would mean that in the future, all citizens in Bosnia and Herzegovina would have the opportunity to run for the House of Peoples and the BiH Presidency,” Inzko said.