Home BiH Dodik: Reform Program is not a secret document; I sent it to the opposition

Dodik: Reform Program is not a secret document; I sent it to the opposition 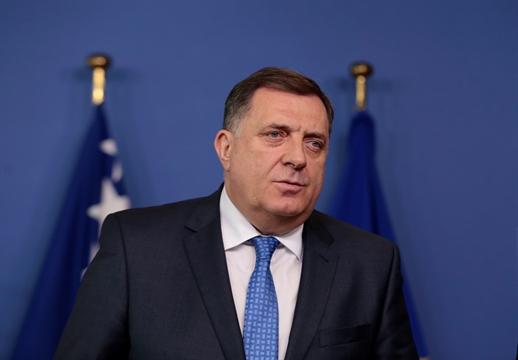 BANJA LUKA, November 29 (FENA) – Member of the Presidency Bosnia and Herzegovina Milorad Dodik reiterated today that the document titled the Reform Program does not prejudge BiH’s membership in NATO, that it is not a secret document and that he sent it to the opposition as well.

“It does not say that this document is ANP, and there is no word about the Membership Action Plan (MAP). The process does not prejudge membership, and neither does the path to membership. This means that the decision was not even made. We have taken the approach of Serbia and some other countries that are members of EU but not NATO, as well as countries that are not in any of the alliances. All of these countries have some degree of cooperation with NATO. Serbia has it, too, and what is in the reform agenda does not go beyond what Serbia has,” he said.

He said the Reform Program is not a secret document.

“Those in the opposition have seen it as well. I sent it to them,” Dodik said, accusing the opposition of playing games with the Reform Program and that he does not run away from having the document discussed in the RS National Assembly.

He believes that the fact that there are countries in the European Union that do not agree to its enlargement calls into question the commitment and politics of the European Commission to continue this process.

As for the migrant crisis, Dodik claims that there will be no migrant reception centers in RS and that the Peace Implementation Council (PIC) cannot make any decisions on this issue.