Dodik: SNSD and HDZ determined to defend concept of constituency of peoples 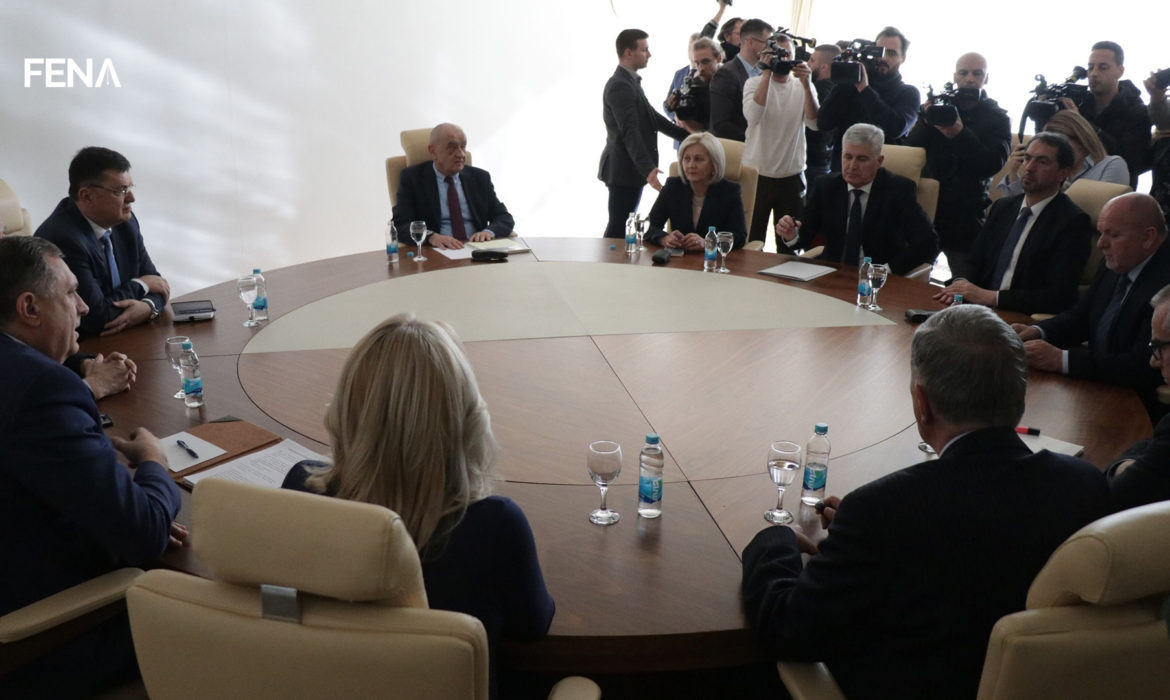 EAST SARAJEVO, February 13 (FENA) – Presidents of the Croat Democratic Union (HDZ) of BiH and the Alliance of Independent Social Democrats (SNSD) Dragan Čović and Milorad Dodik discussed current issues at a meeting in East Sarajevo, including the issue of the constituency of people in Bosnia and Herzegovina, the decision of the Constitutional Court of BiH and the Election Law of BiH.

At the press conference, after the meeting, Dodik stressed the importance of forming a government at the BiH level, that is, the process of convening the BiH Council of Ministers, which has not yet been completed.

“HDZ and SNSD have shared the same values for a long time. It is very important to say that the Electoral Law should be amended in a part that will guarantee that the constituent peoples can and must be the only legitimate ones to elect their political representatives, and we agree with that,” Dodik said.

We will, in the near future, submit a proposal for this law, as well as a bill on how to exclude foreign judges from the Constitutional Court.

“I informed our friends about the decision of the political leadership of Republika Srpska to suspend its work in the BiH authorities. This implies that they will not decide on anything until these two issues are resolved. In this regard, I believe that this is one of the important moments of BiH,” Dodik said.

He believes that everything that the international community has done in the past “has led to collapse of the constituency of people in order to build a state of BiH citizens”.

According to him, SNSD and HDZ are determined to defend the concept of constituency of the people, and explained that constitutiveness is a democratic, civilizational concept, and that any imposition of “ideal forms, as they have been imposed in the last 20 years by foreigners put BiH in a hopeless situation”.

“I am convinced that this area will remain peaceful, but political solutions should be given a chance and should not be conditioned by anything,” said Dodik.

Presidents of HDZ BiH Dragan Čović said today he wanted to get familiar with decisions made by representatives of the Serb people in BiH.

He added that he had informed Dodik on resolving the issue of the BiH Election Law, and how to resolve the issue that local elections are organized in Mostar, and that there would be no possibility of denying the constituency, legitimate representation, etc in the next general elections.

“We agreed on these things as we have before, and we will continue our cooperation with them in order to seek an answer for some institutions,” said Čović.

He announced that he will also meet with the SDA and SBB Presidents, Bakir Izetbegović and Fahrudin Radončić, next week.