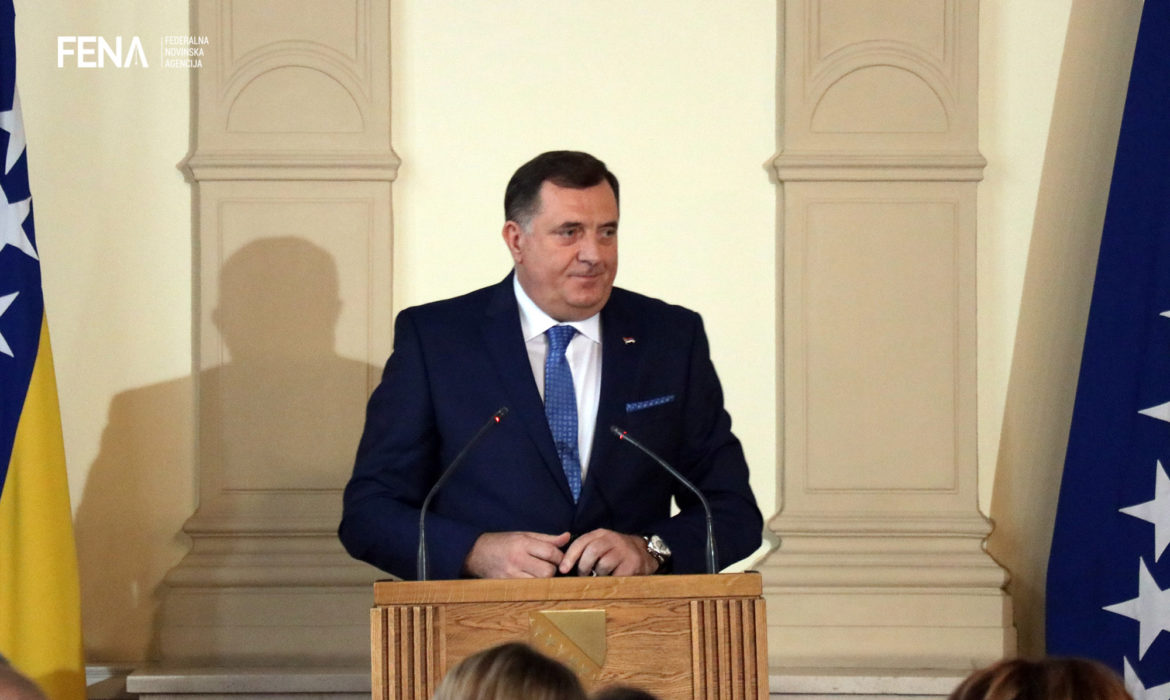 “Undoubtedly, these are the inalienable rights of the peoples, and the Serb people in RS has a guaranteed right to apply the above international norms when, through their democratic and legitimate bodies, they assess that the violation of their rights by unfair treatment has endangered the substance, structure and provisions of the BiH Constitution, that it is time to return to what was initialed in Dayton and signed in Paris in 1995,” Dodik said.

According to interpretations of acts of international law, secession as the ultimate form of creation of one’s own state can only be given to people that “suffer discrimination, renouncing the right to a representative government, and only if discriminatory behavior is so pervasive, branched out and systematic that it specifically threatens the survival of such peoples and nations and where there is no strong expectation that such discrimination would end.”

All of the above said, Dodik argues, “has been fulfilled, which can also be deduced from a brief analysis of the situation and relations in post-war BiH.”

“The RS, which, as a state of the Serb people and others living here, has brought in its statehood – territory, power, population into the Dayton Accords – is constantly discriminated against by the unlawful actions of the OHR and the Constitutional Court of BiH. The RS has its rights systematically violated under the BiH Constitution – powers stripped and institutions that have been established for the benefit of BiH without any constitutional basis,” Dodik said.

“As Paddy Ashdown used to say: Take the competence from the entities – the army, the police and the taxes and they will wither all on their own,” added Dodik.

He also asserted that “the RS has no right to waive its autonomy, statehood and independence, which are endorsed by the Dayton Accords.”