Home BiH Due to not being able to go to Croatia, some migrants heading to Greece from BiH

Due to not being able to go to Croatia, some migrants heading to Greece from BiH 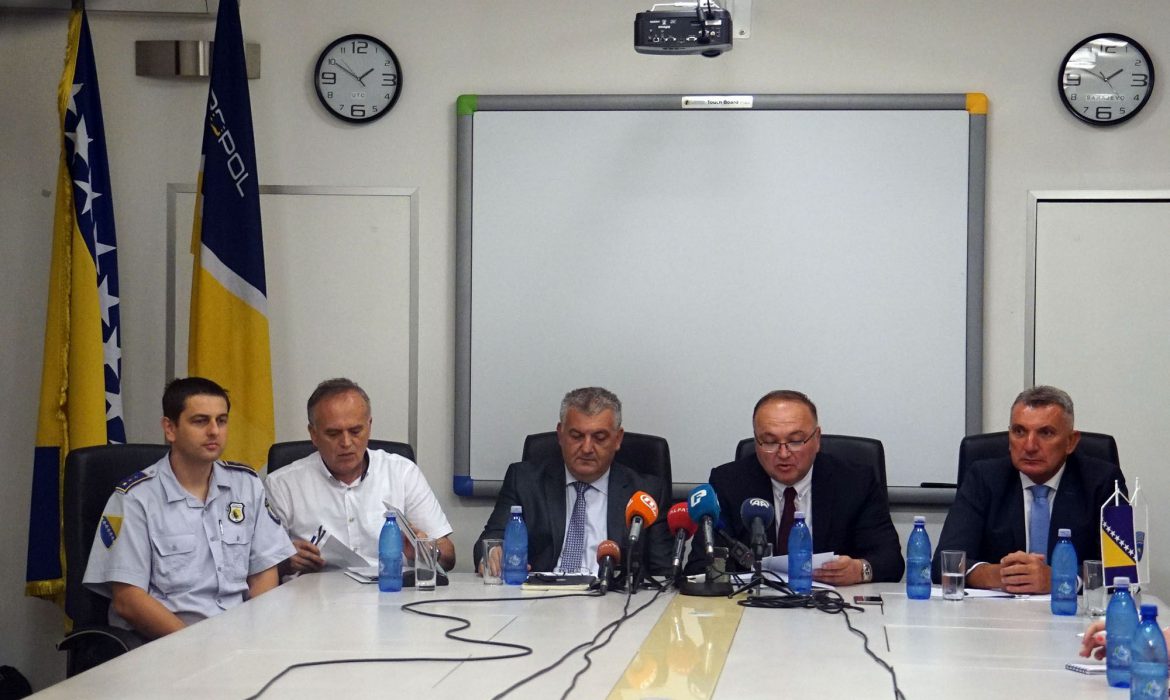 SARAJEVO, June 28 (FENA) – Some migrants tried to move from BiH to Croatia 74 times without success and there are already cases of certain groups returning to Greece to try to enter the European Union by sea, highlighting the results of the operation “BiH 2019” today in Sarajevo.

Head of Operations and Intelligence Department of BiH Foreign Affairs Services Officer Rade Kovač stated that BiH does not the best solutions to prevent the entry of migrants into BiH due to the lack of human resources, while the countries the migrants are trying to enter from BiH effectively closed their borders.

“These migrants are unidentified and cannot be returned to their countries of origin because their countries are obstructing them while our neighboring countries from which they entered BiH obstruct their readmission,” Kovač said.

Director of the Ljubljana Office of the International Security Sector Management and Reform Fund – DCAF Anton Travner stressed that organized crime groups operating in the territory of BiH smuggled around 5,000 migrants currently and earned between 7.5 and 10 million euros.

“Smuggling of people is the most cost-effective and least risky form of crime, but also the most brutal because human beings are treated worse than material things,” Travner said.

Over the past eight days, an operational action entitled “BiH 2019” has been implemented and it is aimed at combating the criminal offenses in the field of illegal migration, and significant results have been achieved and a wealth of useful information on illegal migration and those dealing with the crime has been collected.

The police officers of Austria, Bosnia and Herzegovina, Bulgaria, Montenegro, Croatia, Moldova and Slovenia participated in the operation, and it was conducted in cooperation with DCAF, EUROPOL and FRONTEX.