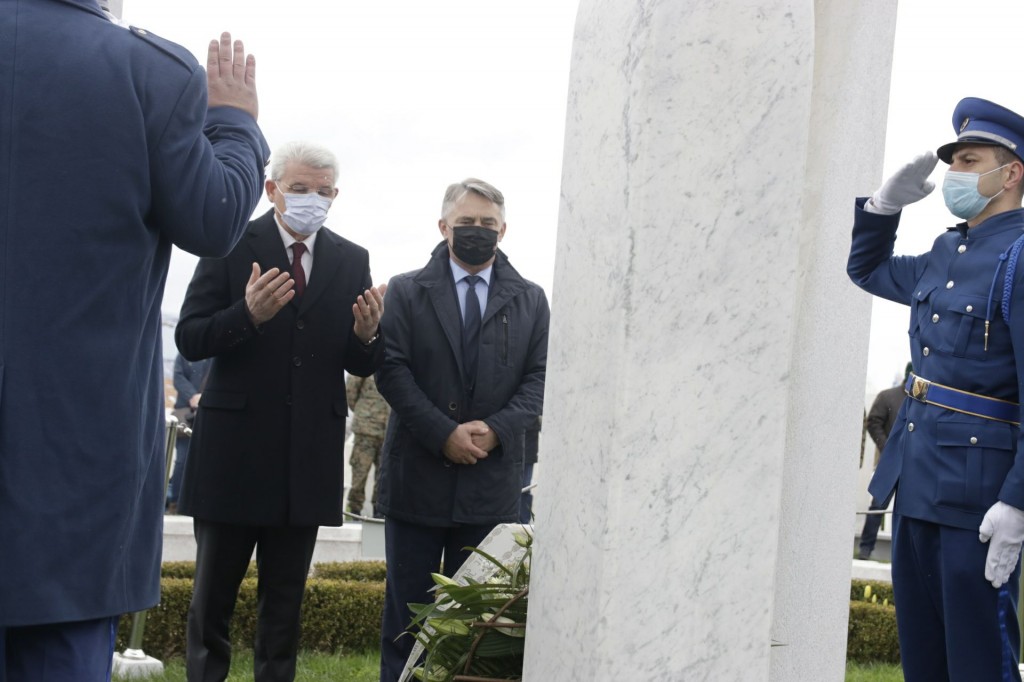 SARAJEVO, April 15 (FENA) – Members of the Presidency of BiH Šefik Džaferović and Željko Komšić laid flowers today at the Kovači Cemetery on the occasion of the Day of the Army of the Republic of BiH and paid tribute to the fallen soldiers and martyrs of the Army of RBiH.

In this and other places today, as Džaferović said, we will remember and pay respect to those who are the most deserving for the freedom we enjoy today. They gave their lives for a complete and independent BiH and for our freedom.

“All those who are trying to attack BiH today must know that an independent and complete BiH is our freedom and we will fight for our freedom. Nothing in BiH will ever be able to be decided without us who are tied to our homeland BiH and who love and appreciate our homeland,” Džaferović pointed out.

He added that BiH preserved its integrity and independence at the time when the great powers attacked it, in the most difficult period of its history, thanks to the Army of RBiH, whose anniversary is being marked today. He called on all retrograde forces to finally learn something from the past.

Komšić also congratulated on the 29th anniversary of the founding of the RBiH Army.

“It may look like that today, but we did not do it in vain and these people who were buried here did not die for nothing. It is our obligation to remember them, protect them and not let what they died for to be ruined,” said Komšić.