Home BiH Džaferović: BiH has restored its statehood on November 25 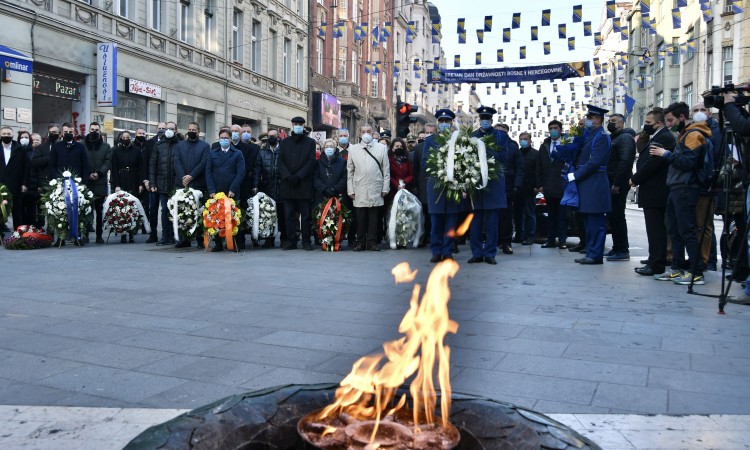 SARAJEVO, November 26 (FENA) – On the occasion of November 25, the Statehood Day of Bosnia and Herzegovina, numerous delegations laid flowers at the Eternal Flame Memorial in Sarajevo.

He pointed out that the struggle for equality of people in Bosnia and Herzegovina continues today.

“Even today, we are fighting with forces that have resistance to building a state that will function in the unity of diversity. Let everyone be what they are and let us all build and protect our homeland BiH together. I am telling these retrograde forces and on this occasion from this place that we will succeed. What we are doing is the path of civilization. What these retrograde forces are doing are anti-civilization procedures and they will never be able to succeed,” he said.

“They will have to agree with that, these are historical facts,” Džaferović pointed out.