Džaferović: Dodik continues to block the work of BiH institutions 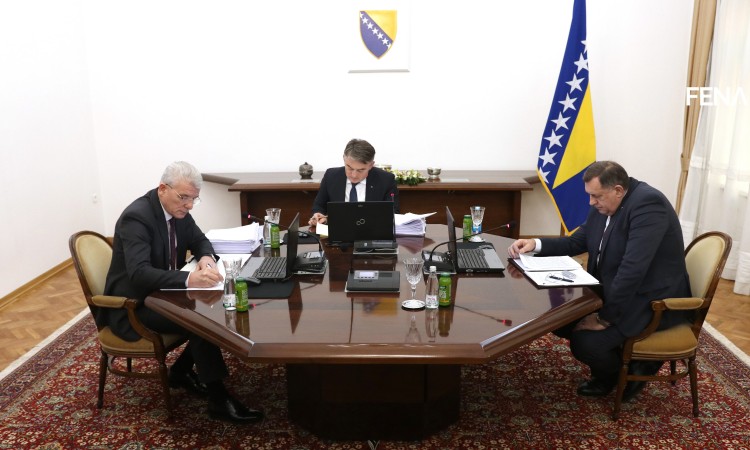 SARAJEVO, December 23 (FENA) – BiH Presidency member Šefik Džaferović said today after a session in Sarajevo that Presidency member Milorad Dodik continued to block the work of the BiH institution, voting against all items on today’s agenda.

He pointed out that Dodik voted against the items that are indisputable, which clearly shows that this is a blockade of the work of institutions.

Džaferović stated that the agenda of the session included the adoption of the minutes, appointments, giving agreements to the ambassadors, concluding international agreements, approving negotiations, appointing signatories and the like.

“Dodik even voted against the request of the Municipality of East Ilidža that BiH Armed Forces help them by setting up a pontoon bridge,” said Džaferović.

He believes that by doing so, Dodik voted against items that are in the interest of people living in the BiH entity of Republika Srpska.