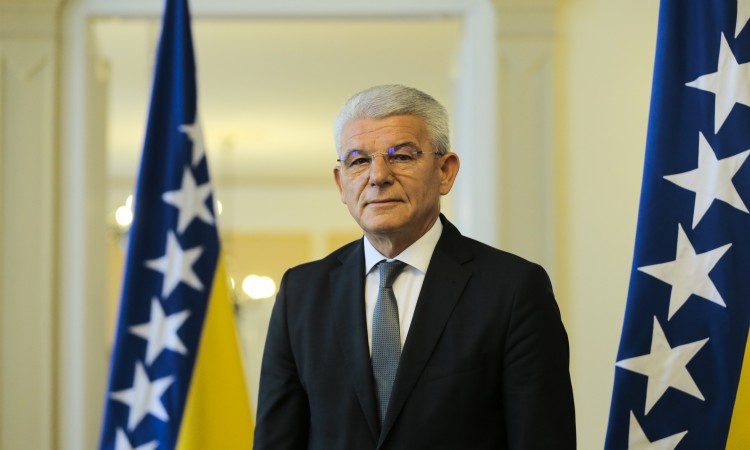 “Keeping the memory of the Holocaust and combating antisemitism is a civilizational obligation and a debt to the victims. The death industry, organized by Nazi criminals, is an example of the absolute evil that humanity can only fight if it unites its forces. Respect for the victims of the Holocaust and condemnation of antisemitism are the foundations on which our civilization rests. Unfortunately, even 76 years after the end of the Second World War, there are those who are ready to spread antisemitism and insult the victims, as evidenced by recent inscriptions on the walls of the Auschwitz camp. We have to strongly oppose that and it is the purpose of this gathering”, said Džaferović in a statement for FENA from Malmö.

Džaferović said that with the Amendments to the Criminal Code, announced by former High Representative Valentin Inzko, Bosnia and Herzegovina has strengthened its capacity to fight the denial of Nazi crimes.

Džaferović also referred to the participation of BiH Presidency member Milorad Dodik at the Non-Aligned Summit in Belgrade.

“Milorad Dodik could not represent the RS entity, because the entity is neither a subject of international law nor was he invited to the summit. The invitation was sent only to the state. Also, Dodik himself cannot represent Bosnia and Herzegovina, because he is not the chairman of the Presidency and his rhetoric goes beyond the framework of the Constitution, laws and the Foreign Policy Strategy. Therefore, Dodik does not represent the RS entity, but he shames the RS, just as he shames the Serb people, wherever he appears. The manner of his address is not appropriate for state gatherings. It is something that is always felt when he appears,” Džaferović said.

Džaferović added that the countries that Dodik determined negatively in Belgrade represent friends and partners of BiH.

“Bosnia and Herzegovina is on its way to the EU and NATO, and it is natural that we are mostly focused on the Euro-Atlantic area. We are proud of our relations with America, with EU countries, with Canada and Japan. No matter what he says, Dodik will not change the opinion of the friendly states of BiH in the Non-Aligned Movement, especially when it comes to the so-called countries of the Islamic world, because we did our best to inform them of his views on Islam and Muslims. In the end, believe me, at international gatherings, no one will take seriously someone who insults their country,” said Džaferović.