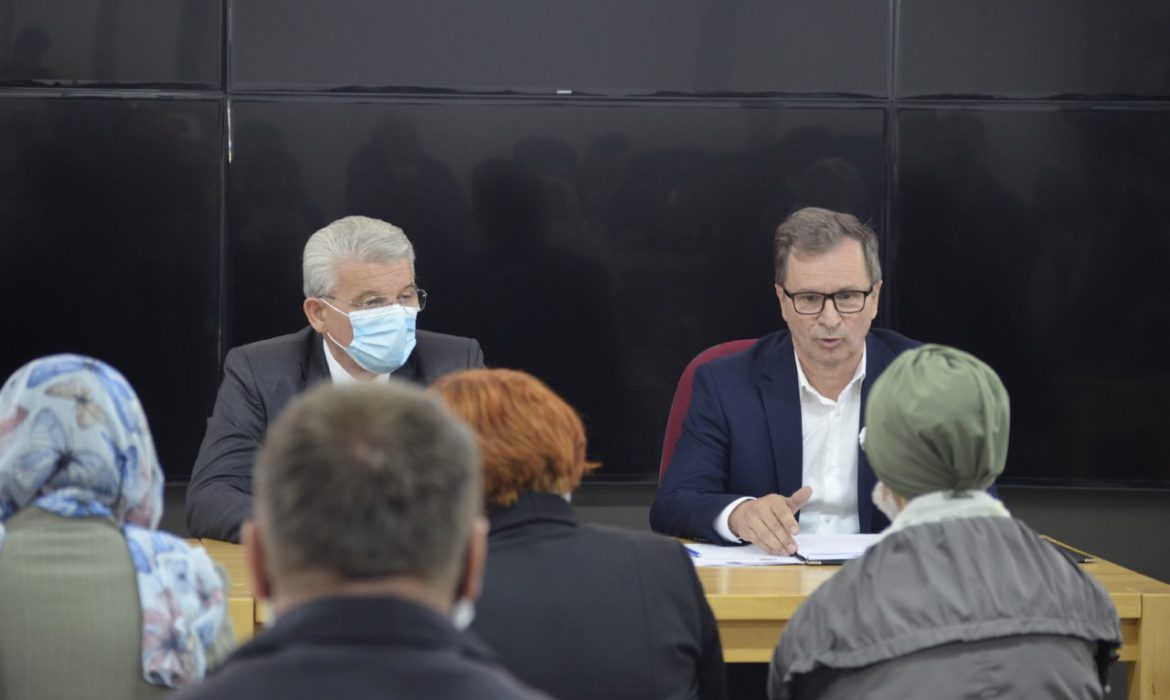 SREBRENICA, June 3 (FENA) – A meeting of the Organizing Committee for the marking of the 25th anniversary of the genocide against Bosniaks in the UN “safe zone” of Srebrenica in July 1995 was held today at the Srebrenica-Potočari Memorial Center, attended by the BiH Presidency Chairman Šefik Džaferović.

Džaferović pointed out that he came to Srebrenica to give support to the Organizing Committee, and to determine what he other institutions can do in order for the marking of the 25th anniversary of the genocide to take place in the best possible manner.

“The genocide in Srebrenica was a catastrophe of civilization. It was civilization’s dark hour. We need to send a message here in BiH and around the world that Srebrenica will never happen to anyone again. Our neighbor, the Republic of Serbia, needs to confront its past which should then lead to the recognition of judgments of international and domestic courts, to respect the victims of genocide, and not to belittle, minimize genocide, let alone glorify those who committed genocide,” underlined Džaferović.

He is also of the opinion that it is necessary to pass a law banning the denial of genocide, stating that this is an internal issue of Bosnia and Herzegovina and that political representatives from the RS continuously reject to pass such a law.

President of the Organizing Committee for the commemoration of the 25th anniversary of the genocide, Hamdija Fejzić, said that a commemoration for the victims of genocide would be held on July 11, and the number of visitors would be in line with the protection measures at that moment.

“All the guests we invited will have the opportunity to participate in the commemoration. Those who could not attend the commemoration will be able to join us via video link,” Fejzić explained.

The organizing committee has not yet made a final decision on whether the burial of the identified victims of the genocide will also take place during the July 11 commemoration.