Home BiH Džaferović: It is inadmissible for RS authorities to transport migrants from that entity to other parts of BiH

Džaferović: It is inadmissible for RS authorities to transport migrants from that entity to other parts of BiH 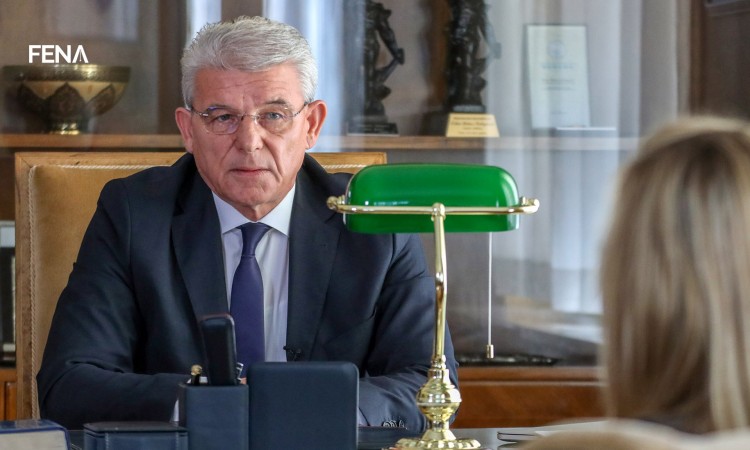 He noted that Bosnia and Herzegovina must finally protect its eastern border to prevent the influx of illegal migrants into the country.

“It is inadmissible that the authorities of the BiH entity Republika Srpska, without a decision of state authorities, accept and transport migrants from the territory of that entity to other parts of BiH. I urge them to stop this immediately as it can lead to various complications. That is not good for anyone in BiH,” Džaferović added.

He also said that all police agencies in BiH and law enforcement institutions must act in a coordinated manner in order to fight as successfully as possible against all forms of crime related to illegal migration, especially human trafficking.

“They must act in a coordinated manner in order to protect the personal security and property of citizens throughout the territory of BiH and to ensure public order and peace,” Džaferović underlined.

The Chairman of the Presidency of BiH also assessed that the institutions of BiH must more intensively continue to return migrants to their countries of origin in accordance with international law and the obligations that BiH has undertaken.

“That is why the European Union must provide more generous assistance to our country in order for Bosnia and Herzegovina to fight illegal migration more successfully,” Džaferović explained.

He also said that he supports the activities carried out by the Minister of Security of BiH, Selmo Cikotić, in the field of the fight against illegal migration.

In the end, Chairman of the Presidency of BiH, Šefik Džaferović, expressed his expectation that the Council of Ministers would finally submit to the Presidency of BiH a comprehensive and detailed Action Plan for resolving the migrant crisis, which was requested from them in the first half of last year.