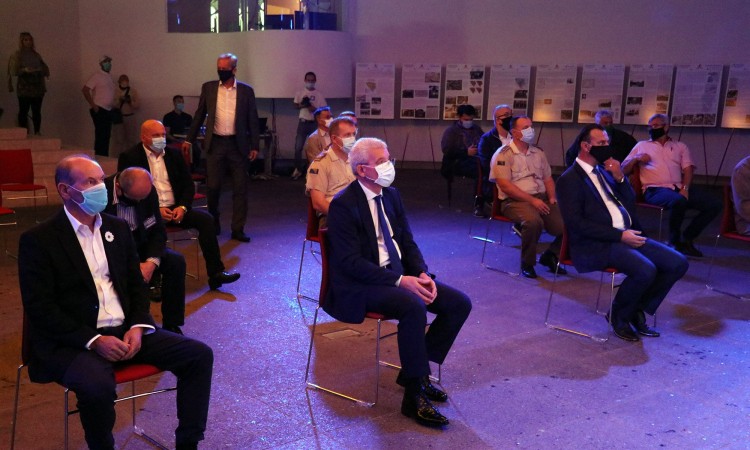 This year, the public institution “Sarajevo Canton Memorial Fund” organized an event whose central part is traditionally held on Mount Igman, but this year due to the epidemiological situation in BiH, the central event was held at the Kovači Memorial Center under the slogan “stay home and testify”.

In his address, Džaferović reminded that the battle for Igman was one of the most significant in the defense of Bosnia and Herzegovina, in which the Army of RBiH “won a magnificent victory”.

“In the summer of 1993, the aggressor forces had a plan to completely close the ring around Sarajevo by conquering Mount Igman and thus break the last connection between the capital and the rest of the country. Had they succeeded, the military, strategic and political consequences would have been disastrous for BiH’s defense. Although many times technically superior, the aggressor forces did not succeed in that intention because they had heroic Army of RBiH, an army of honorable people who fought for the right goals, homeland, freedom, dignity, truth, the idea of independent BiH, the state of equal people,” said Džaferović.

He stated that this was the greatest strength of the Army of RBiH, which is the only armed force in the wars in the former Yugoslavia that did not commit mass organized crimes, did not commit a joint criminal enterprise, ethnic cleansing, murder, torture of civilians. Most of them had Bosniaks in their ranks, but also members of other BiH nations.

“While others systematically committed crimes, in the territory under the control of ARBiH, the only legal and legitimate authorities led by the late Alija Izetbegović, crimes were prevented and criminals were systematically punished, and that is the key difference between them and us. There were individual crimes committed by ARBiH members, they were convicted and we have no problem with that. What we will not allow is that the sides in the war are equalized,” the Chairman of the Presidency of BiH pointed out.

“Be sure that they will not succeed, they did not succeed even when they were much stronger than today. We will preserve BiH because people who love this country are much stronger and more determined than they think. I call on them again to give up secessionist and nationalist policies,” Džaferović concluded.