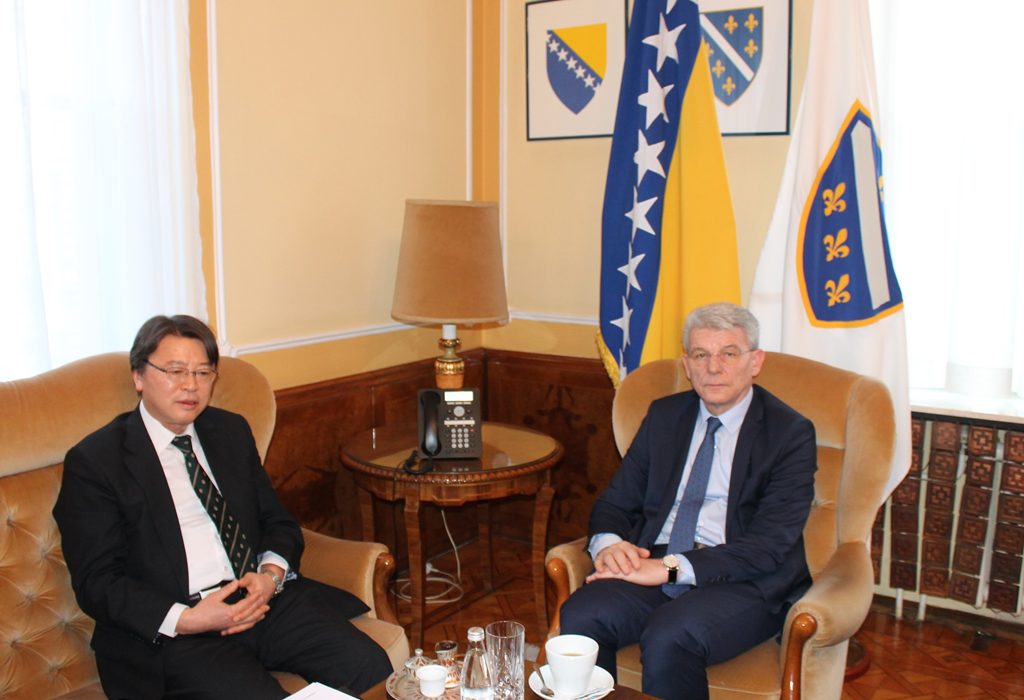 SARAJEVO, January 18 (FENA) – Chairman of the Presidency of Bosnia and Herzegovina Šefik Džaferović received Ambassador of Japan to BiH, Hideyuki Sakamoto, with whom he agreed on the need to abolish visa regime and other administrative barriers, which would facilitate new investments in BiH.

The two officials confirmed that BiH and Japan have friendly relations and good bilateral cooperation.

It was pointed out that there is room for expansion of cooperation, especially in the segment of trade, as well as in the field of economy and cultural cooperation.

Džaferović thanked Ambassador Sakamoto for the continued assistance of Japan in the reconstruction of BiH, especially in the fields of education and health.

They jointly assessed that the relations between Bosnia and Herzegovina and Japan from the phase of assistance should be transformed into those of partnership and cooperation, and that the prerequisites for this already exist, stated the BiH Presidency.