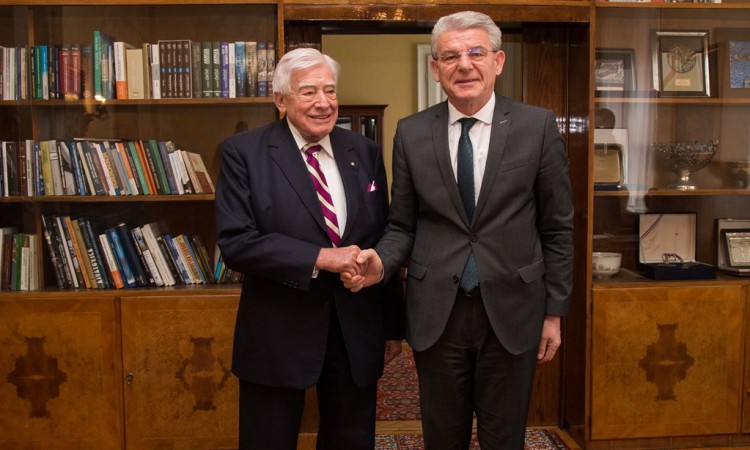 SARAJEVO, March 12 (FENA) – Member of the Presidency of Bosnia and Herzegovina Šefik Džaferović received today former High Representative in BiH, Christian Schwarz-Schilling with whom he discussed the ongoing political situation in Bosnia and Herzegovina and the processes taking place after last year’s general elections.

The two officials talked about the European and NATO integration paths of Bosnia and Herzegovina and the reforms that need to be undertaken in order to fully implement the standards of the European Union.

A special topic was the relations in the region, where Schwarz-Schilling repeated the previously stated position that any sort of border rearrangement in resolving the relations between Serbia and Kosovo would be a huge risk, not only for our region, but for the whole of Europe.

He pointed out that, in resolving any disputes, the principle of the intangibility of borders should not be called into question.

The BiH Presidency Member Džaferović emphasized that he expects the relations between Belgrade and Pristina to be resolved through dialogue, and underlined that the solution of these relations cannot in any way be tied to Bosnia and Herzegovina.

He thanked Schwarz-Schilling for the friendly attitude he has shown and kept towards Bosnia and Herzegovina, since the declaration of independence, until recently, when he again got engaged and has worked in the interests of our country, the BiH Presidency stated.