Home BiH Džaferović: Serbian intelligence has released a series of lies about me

Džaferović: Serbian intelligence has released a series of lies about me 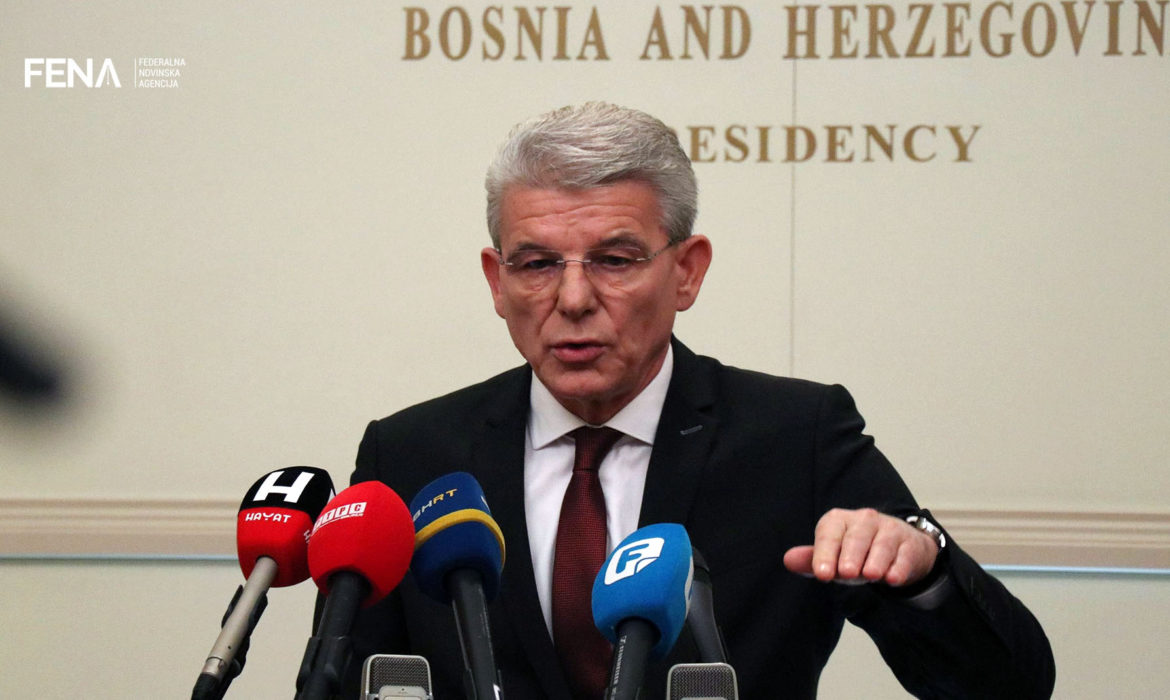 SARAJEVO, January 14 (FENA) – Member of the Presidency of Bosnia and Herzegovina, Šefik Džaferović, said in a press statement today that the Serbian intelligence has repeatedly, through the regime media in Belgrade, primarily ‘Novosti’ and ‘Tanjug’, once again released a series of lies about him.

“This time it is a ridiculous attempt to link me to the recently killed Iranian General Qasem Soleimani. In doing so, they are recycling the old, Greater Serbian propagandist stories about alleged war crimes. The content of the published texts, entirely made up of untruths, would not deserve a single letter of reaction if it were not for the message sent to me through the regime’s media in Serbia as a member of the BiH Presidency,” the statement said.

Džaferović added that it is obvious that he is a nuisance to the Greater Serbian ideology that is still very much alive because he is constantly speaking the truth about the aggression, crimes and genocide, “which they do not like and which they seek to eradicate through their propaganda.”

“This ideology has not given up on its claims to Bosnia and Herzegovina and is trying to silence Bosniak politicians, weaken the position of the state of BiH, and especially the Bosniak people.

The new propaganda attack from Serbia will not prevent me from continuing speaking the truth and to consistently fight for the interests of Bosnia and Herzegovina,” Džaferović said in a press release.