Home BiH Džaferović: There is no punishment that would be adequate for Mladić’s crimes

Džaferović: There is no punishment that would be adequate for Mladić’s crimes 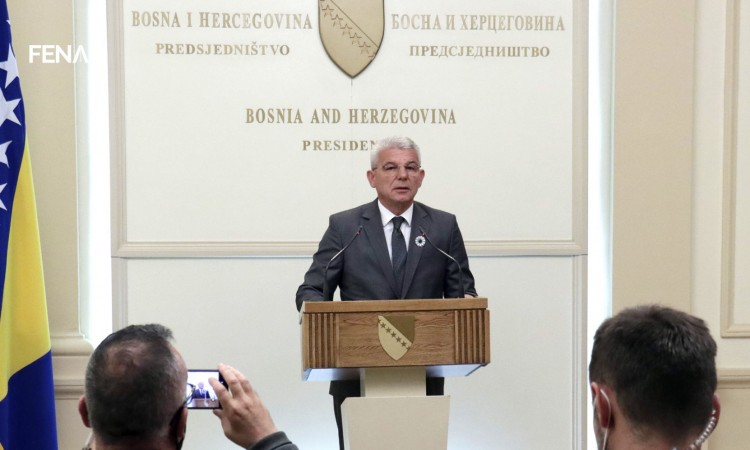 SARAJEVO, June 8 (FENA) – Member of the Presidency of Bosnia and Herzegovina Šefik Džaferović said today that there is no punishment in this world that would be adequate for the crimes for which Ratko Mladić was convicted today because it cannot bring back the murdered or ensure full justice if we are aware of the monstrosity of the crimes described in the verdict.

However, he added that life imprisonment is partial justice and satisfaction for the victims and it is important because such a man will never be free, and in front of the whole world his crimes are called by its real name. Mladić will be remembered only as a war criminal and nothing more.

He expressed regret that the Court in The Hague did not have the courage to convict him for the genocide in other municipalities as well, because this is an obvious fact that Mladić also admitted when he said that what was asked of him to do was in fact genocide.

“Nevertheless, the fact remains that the crimes remained in the verdict and described as crimes against humanity. Its significance is that after the verdicts, the political leadership has a complete picture when it comes to the military leadership because no one can claim that the joint criminal enterprise was a legitimate goal,” Džaferović underlined.

He reminded that this concludes the work of the court in The Hague, which was established with the aim of proving that the crime will not go unpunished and it has historical significance for justice and truth and strengthening peace in Bosnia and Herzegovina and the region because without justice and truth there can be no lasting peace.

Džaferović called for messages to be drawn from everything and supported the surviving victims in their claims for damages and other kinds of reparation, as well as for everyone to accept and respect the verdict because it will ultimately have to happen in order to achieve peace.