Home BiH Džaferović: Those who do not respect BiH institutions should not be part of them

Džaferović: Those who do not respect BiH institutions should not be part of them 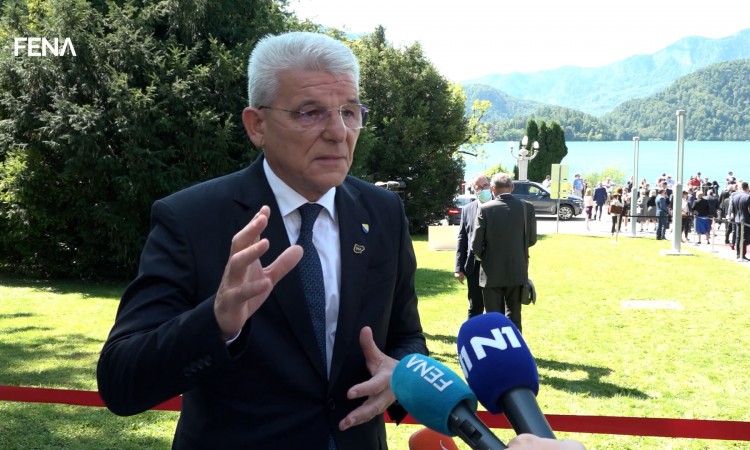 SARAJEVO, September 1 (FENA) – Those who do not respect the institutions of Bosnia and Herzegovina should not participate in their work, said today a member of the Presidency of Bosnia and Herzegovina Šefik Džaferović, explaining his statement from yesterday when he called the international community to use mechanisms to lift the blockade from the work of the BiH institutions, which includes the dismissal of certain officials.

“What interests me the most is that the institutions of Bosnia and Herzegovina function and that the Dayton Agreement is respected, without any reservations. The Dayton Peace Agreement includes the High Representative and foreign judges in the BiH Constitutional Court and the judgments of the International Court of Justice and the European Convention on Human Rights; the state of Bosnia and Herzegovina in the first place and its institutions, and of course, its internal structure,the entities, Brčko District, etc. I am interested in all this being respected and for BiH institutions to function. Anyone who blocks the work of the BiH institutions should not participate in their work,” Džaferović pointed out in a statement to journalists during the break of the Bled Forum.

He explains that yesterday, after the session of the Presidency of BiH, he called on the High Representative, who is the only one with mechanisms, including dismissals, prescribed by the Dayton Agreement, to help BiH for its institutions to function.

Opponents are also pushing for the High Representative to leave, he added, so that no one would react to their boycotts and blockades, which mean a complete threat to the Dayton Peace Agreement, and who knows how far they would take Bosnia and Herzegovina.

Džaferović called on all those who criticize him for yesterday’s statement to help the BiH institutions to function.

“That is the point and the goal of what I said,” he concluded and added that he wants the BiH institutions to work normally.

Asked to comment on Dodik’s recent call for the presidents of Serbia and Croatia to join the talks on BiH, Džaferović replied: “I don’t know what kind of talks? What talks is Dodik looking for while blocking the work of the state institutions?”

Bosnia and Herzegovina does not need any talks on matters that have already been agreed and have become part of its constitution, laws and strategies.

“We cannot agree on whether to have a High Representative or not; we cannot agree on whether we will respect the law imposed by the High Representative or whether we will have foreign judges in the Constitutional Court. These are things agreed in the Dayton PA, it is part of the Dayton Agreement and must be respected, not boycotted. So you can’t boycott the agreed solutions and what is part of the legal framework, and then call for these things to be discussed and call for mediators. That is not a dialogue,” Džaferović concluded.