Džaferović with Kozarac delegation: Highway route should be changed 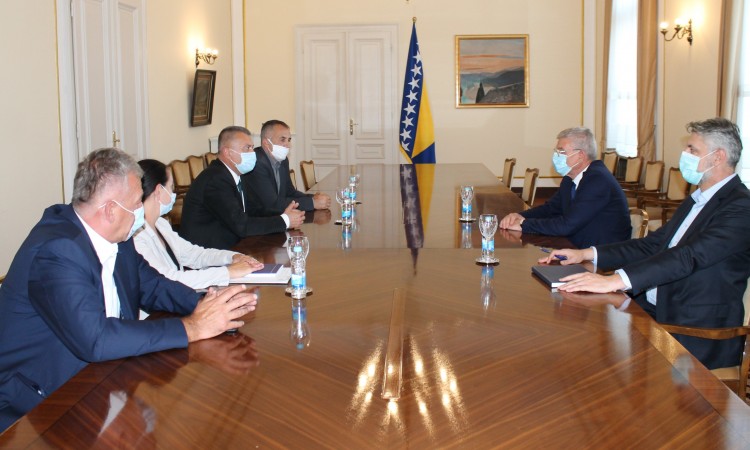 SARAJEVO, September 15 (FENA) – Chairman of the Presidency of Bosnia and Herzegovina Šefik Džaferović discussed with the Kozarac delegation the problem with the route of the highway Prijedor – Banja Luka.

Senad Bratić, the member of both the RS National Assembly and the Kozarac delegation, which included Derviša Avdagić, Mesud Trnjanin, and Nedžad Bešić, informed Chairman Džaferović about the problem that the planned Prijedor-Banja Luka highway route presents for returnees in this area.

It was emphasized that the residents of Kozarac support the construction of the highway, but that they oppose it passing through the settlement itself. This endangers almost 100 buildings that would have to be demolished, destroys private farms, and calls into question the existence of the population, as well as the functionality of the settlement itself.

They warned that this could lead to the resettlement of Bosniak returnees.

BiH Presidency Chairman Džaferović supported the justified demands of Kozarac residents. He pointed out that infrastructure projects should not make about 5,000 people unhappy, but quite the opposite – to make their lives better.