Home BiH Emrić: Law on Conflict of Interest in BiH institutions is not being implemented

Emrić: Law on Conflict of Interest in BiH institutions is not being implemented 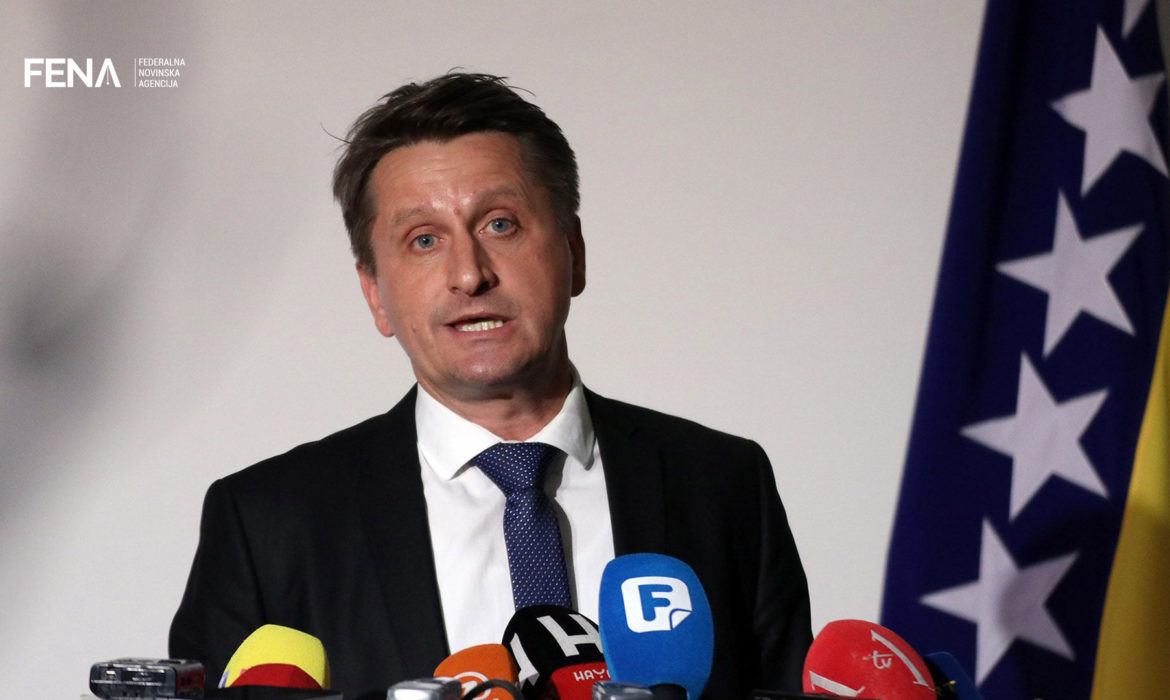 SARAJEVO, January 15 (FENA) – The House of Representatives of the BiH Parliamentary Assembly in the session scheduled for Thursday, January 16 is to consider, in its first reading, the Bill on Prevention of Conflict of Interest in the State Institutions, proposed by MPs Saša Magazinović, Damir Arnaut and Jasmin Emrić.

He explained that the mandate of the earlier members of the committee was linked to membership in the House of Representatives, that is, the House of Peoples of the Federation of BiH. Given that a new parliament was convened after the 2018 general elections, their mandate has expired.

Emrić states that the basic shortcoming of the existing law is that the committee also included members of the BiH Parliament.

According to him, these were also remarks made by GRECO (Council of Europe Group of States against Corruption), but also remarks by both the non-governmental sector in BiH and the general public – doubts about the bias of the work of members of the Parliament who are members of the Committee and are in a position to decide on the conflict of interest of their colleagues in the House of Representatives and in the House of Peoples or other officials appointed by the BiH Parliamentary Assembly and the Council of Ministers of BiH.

He recalled that, in addition to the state parliamentarians, the committee is also made up of the Director of the Anti-Corruption Agency and his two deputies.

Asked about the main objections and recommendations of GRECO on this subject matter, he stated that the basic objection was that the independence of the committee’s work is placed under doubt.

“GRECO also commented on the manner of financial reporting, because members of the Parliament, when filling out forms on financial position and assets, were not subsequently checked for the veracity of the data. So, in this new text of the Bill, we have also defined and determined the verification of this information. So, everything that an MP shows about his financial status and assets is subject to later verification of this information through official records,” explained Emrić.

The essence of the proposed law, which should be considered, is to determine the status of the committee so that it can perform its function and perform tasks within the competencies prescribed by the law.

“The very composition of the committee is also completely changed by this law, because the committee would no longer consist of members of the House of Representatives and the House of Peoples, but would be comprised of professional persons, who would apply through a public call and subsequently the committee should be appointed by the BiH Parliamentary Assembly when the Joint Committee on Human Rights conducts the entire procedure,” Emrić explained.

The proposed law stipulates that the committee consists of five members, a president and four members, and their term of office would be five years.

“Members of the committee would decide on the conflict of interest of all elected and appointed officials. The new law also introduces new definitions, that is, more clearly prescribes provisions that define what are the holders of public office, because there have been different interpretations. Now it all comes down to the definition of a public office holder, which is an elected or appointed person in the institutions of BiH, elected and appointed persons in agencies or institutions set up by the BiH Parliamentary Assembly or the BiH Council of Ministers. Since it would be a permanent body established by the BiH PA, it would have to be planned in the budget, and it would have its own budget,” Emrić concluded in an interview with FENA.