Engagement of CEC BiH in the electoral reform is extremely important 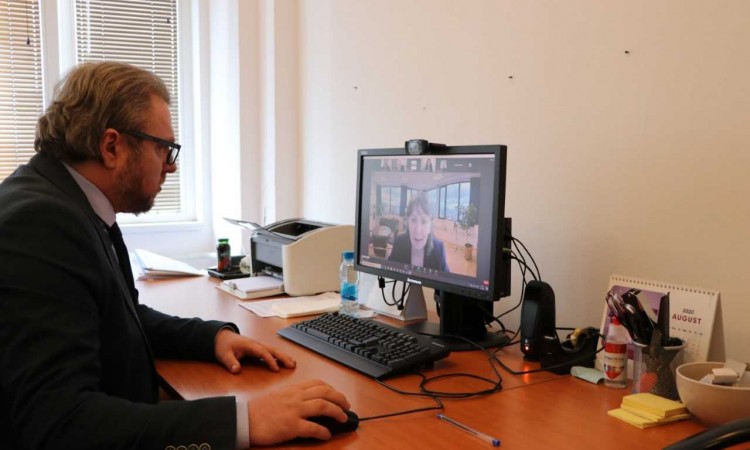 SARAJEVO, April 7 (FENA) – The President and members of the BiH Central Election Commission today held an online meeting with Ambassador Johann Sattler, Head of the European Union Delegation and EU Special Representative to BiH Valentin Inzko, High Representative of the International Community in BiH, Ambassador Kathleen Kavalec, Head of the OSCE Mission to BiH and Eric Nelson, US Ambassador to BiH.

At the meeting, the ambassadors welcomed the work and efforts made by the Central Election Commission of BiH in the implementation of the Local Elections in 2020, under extremely difficult circumstances.

Also, it was emphasized at the meeting that visible problems in the electoral system cannot be solved only by the work of the Central Election Commission of BiH. The electoral reform process is needed to bring BiH closer to European standards and to provide new tools to eliminate fraud and improve electoral functioning.

The meeting also focused on concrete solutions to amend the law, in terms of changing the composition of polling stations, strengthening the provisions on campaign financing and amending bylaws, improving the accuracy and speed of counting ballots, increasing the accuracy of the Central Voters Register and adding legal provisions to include technologies in the electoral system process, which can greatly improve the transparency of the 2022 elections.

Members of the CEC of BiH informed the ambassadors about the active work of the institution on creating proposals for amendments to the Election Law of BiH, which will be offered in order to implement reforms to improve the electoral system in BiH and bring it closer to European standards.

After its finalization, the proposal will be presented to representatives of the international community, ODIHR, Venice Commission, as well as the academic community in Bosnia and Herzegovina, the NGO sector and the general public in BiH, and it will contain solutions from ODIHR/GRECO recommendations, stated the CEC BiH.