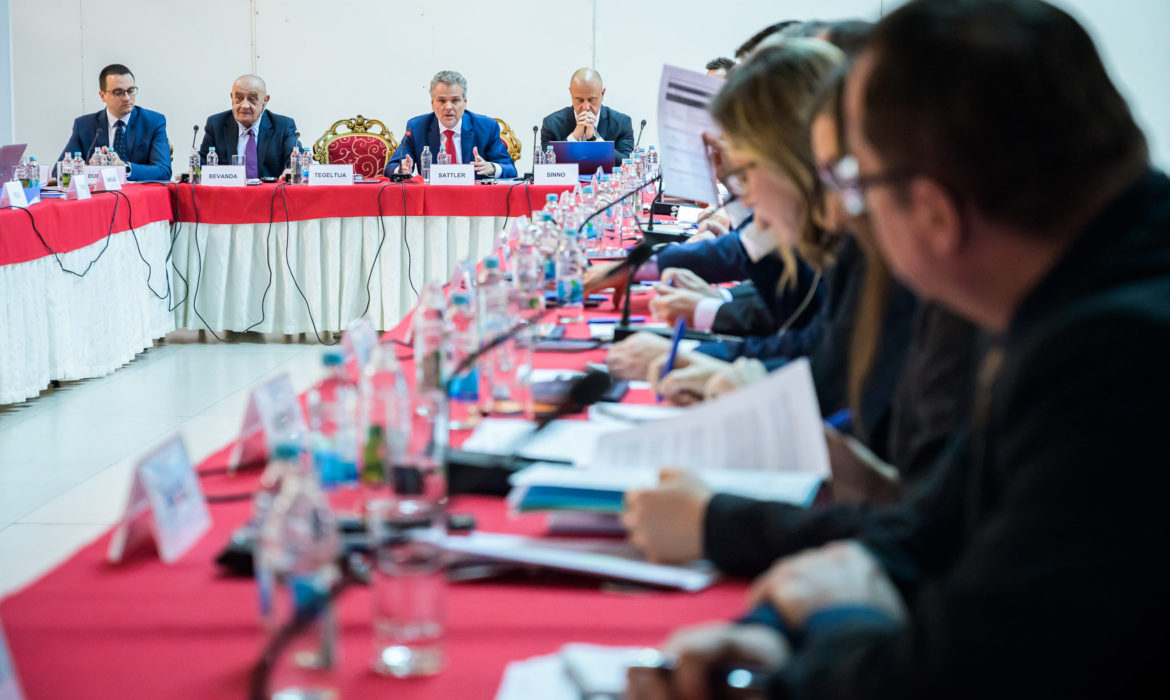 SARAJEVO, February 13 (FENA) – Representatives of the Council of Ministers of Bosnia and Herzegovina, entity governments and the European Union (EU) held a meeting in Bijeljina from February 11 to February 13, to discuss mid-term socio-economic reforms.

The BiH authorities recalled the country’s aspiration to secure a candidate status for EU membership and reiterated its commitment to develop and implement policies to address key socio-economic challenges facing BiH and its citizens, in accordance with the requirements of the Opinion of the European Commission on BiH’s application for EU membership, it was concluded at the meeting.

The Conclusions of the meeting in Bijeljina are as follows:

2. BiH authorities recalled the aspiration of the country to secure EU candidate country status and reiterated their commitment to design and implement policies to address the main socio-economic challenges facing BiH and its citizens in line with requirements of the European Commission’s Opinion on BiH’s Application for Membership of the EU;

3. Representatives of the European Union reiterated – in line with the EU Council Conclusions on BiH of December 2019 – the EU’s unequivocal commitment to Bosnia and Herzegovina’s EU perspective as a single, united and sovereign country;

4. Participants acknowledged that the document entitled “Joint Socio-Economic Reforms for the Period 2019-2022” approved on 10 October 2019 by the Entity governments and adopted by the Council of Ministers termed “Socio-economic reforms in Bosnia and Herzegovina for the Period 2020-2022” on 30 January 2020, constitutes a significant blueprint for addressing the main socio-economic challenges facing BiH;

5. BiH authorities agreed to enhance the action plans for implementation of socio-economic reforms already adopted by all levels of government with the Key Short-Term Socio-Economic Priorities contained in the Annex to this document. These are derived from the EC’s Opinion, accompanying Analytical Report and the Joint Conclusions of the Economic and Financial Dialogue;

6. While each level of authority is responsible for implementing measures falling within their respective competence, the domestic authorities recommitted to improving intergovernmental coordination and cooperation, recognizing the interconnectedness of economic activity across the country. This will, inter alia, include improving the Economic Reform Program to present a consistent and consolidated countrywide analysis and policy document;

7. The European Union, key donors and the IFIs reconfirmed their commitment to support the reform process through grants, loans and technical assistance, based on reform monitoring benchmarks, which will be agreed;

8. In view of the EU Western Balkans Summit in Zagreb on 7 May 2020, participants agreed to reconvene in two months in a similar format to take stock of the process and endorse the comprehensive action plans for the implementation of socio-economic reforms, stated the EU Delegation to BiH.