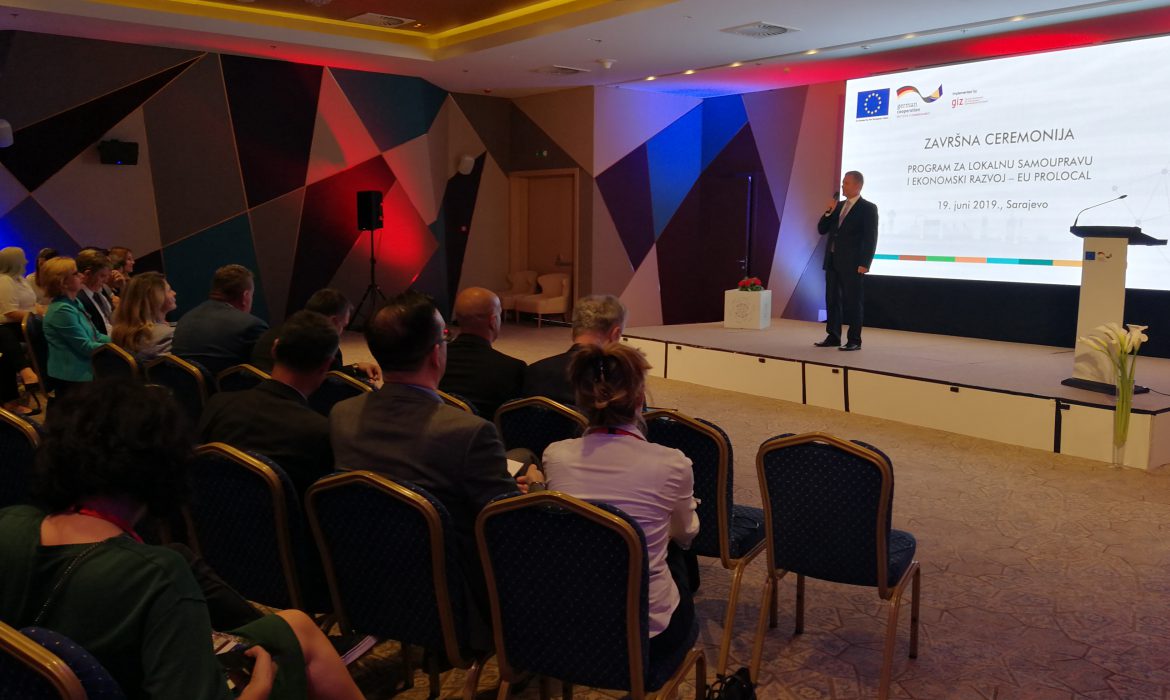 SARAJEVO, June 19 (FENA) – In three and a half years of implementation of the joint project of the European Union and the Government of Germany “EU ProLokal” contributed to the creation of 1200 jobs in targeted enterprises in BiH.

This information was presented today at the conference.

EU ProLokal Project Program Manager Gligor Stojkov explained that the project supported the construction of internal capacities of small and medium enterprises and worked to eliminate obstacles to their growth and development.

“Our target companies are seeing an increase in exports by more than 40 percent compared to 2016, thanks to non-repayable financial assistance and technical support for their participation in the international market,” said Stojkov.

He added that it can be expected that the results achieved in the future will be improved thanks to the innovations introduced by the companies, and based on the partnerships that have been established.

Head of the EU Delegation to BiH and EU Special Representative to BiH, Ambassador Lars-Gunnar Wigemark, emphasized that during the realization of the project, he was convinced that there are many valuable people in BiH who are genuinely trying to create new jobs, but that the insufficient engagement of the government for them is a significant handicap.

“The project has shown that BiH can successfully operate, that there are many successful small and medium enterprises and local communities that have a favorable business environment, but that changes are needed at higher levels of government,” said Wigemark.